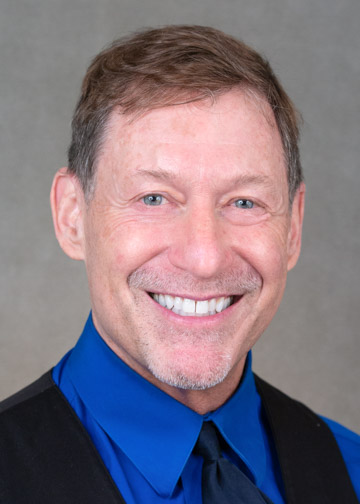 Paul Mockovak’s diverse background in Theatre, Musical Theatre, Concert Dance and Music serves him well as a stage director and choreographer and as an educator in the acting classroom and dance studio.

With an MFA in Musical Theatre he has director/choreographer credits ranging from Musicals to Shakespeare. His work has been seen from summer stock to Off-Broadway, from the East Coast to the Gold Coast to the Rockies in venues including Off-Broadway, Regional and Educational theatre, concert dance, opera and video.

He has enjoyed flexing his acting chops in Shakespeare on the Lake’s productions of Twelfth Night (Malvolio), Romeo and Juliet (Lord Capulet), Hamlet (Claudius) and A Midsummer Night’s Dream (Egeus).
As a concert dancer he has performed with Ballet Randolph, Ballet Oklahoma, Neglia Ballet Artists, Dance Miami, Momentum Dance, Mary Street Dance Theatre and the Greater Miami Opera premiering dances by Anna Sokolow, Norman Walker, Randolph Parrott and Layne Sayles.
Recent projects include serving as: director/choreographer for The Last Five Years for New Buffalo Productions at the Alleyway Theatre, Love Letters with Mike Randall and Christina Rausa for the 1891 Fredonia Opera House and a teaching/choreography residency at the International School in Jakarta. Fredonia highlights include productions of La Cenerentola, Chicago, Godspell, The Laramie Project, The Laramie Project: Ten Years Later, and Much Ado About Nothing. He has been a presenter for the Hawaii International Conference on Arts and Humanities, taught Master classes staged, and performed in six productions in Japan and Italy, Movement Instructor for the Santa Fe Opera, resident Jazz specialist at the Vienna Ballet Konservatorium, Director/Choreographer for students from the Moscow Art School Studio, judge for SHOWSTOPPERS’ National Show Choir Competition, and teaching for NYSTEA at Lincoln Center.

He continues to perform with Chautauqua Opera (Macbeth, Eugene Onegin and The Merry Widow,) and also with the Neglia Ballet Artists at Shea’s in The Nutcracker, Romeo and Juliet and Giselle with the Buffalo Philharmonic. He is proud to be a SUNY Fredonia faculty member in the Department of Theatre & Dance