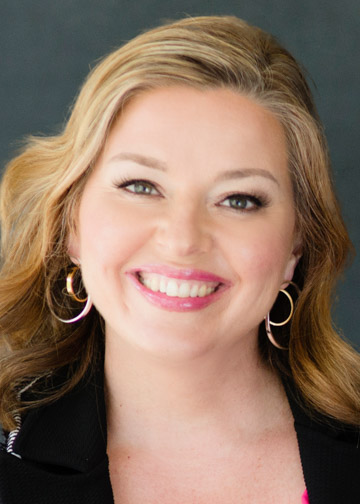 Described as "a force of nature" (Toronto Star) and "an actress of immense talent" (Opera Canada), contralto Lynne McMurtry has performed across the U.S. and Canada, with such ensembles as the Boston Symphony, the Winnipeg Symphony, the Calgary Philharmonic Orchestra, the Charleston Symphony, Calgary Opera, Pacific Opera Victoria, Edmonton Opera and Manitoba Opera, and at many of the major festivals, including Tanglewood, Ravinia, Banff, and Aldeburgh. Conductors with whom she has performed include Seiji Ozawa, Robert Spano, James Meena, Robert Tweten, Robert Dean, Howard Dyck, Kevin Mallon, Timothy Vernon, Gordon Gerrard, and Lorraine Vaillancourt.

On the operatic stage, Lynne's vocal and theatrical versatility has won her excellent reviews in such diverse roles as Arsace in Rossini's Semiramide, Mme. de Croissy in Poulenc's Dialogues des Carmélites, and Mistress Quickly in Falstaff. Favorite performances include Mistress Quickly in Falstaff with Calgary Opera and Opera Hamilton, the title role in Tamerlano with Opera in Concert, and the Grandmother in Janáček’s Jenufa, directed by Cannes-award winning director Atom Agoyan. Other recent performances include the Old Lady in Candide with Calgary Opera and Bloody Mary in South Pacific with Pacific Opera Victoria and the Victoria Symphony.

Lynne's rich, generous instrument and keen musical intelligence have brought her acclaim in a wealth of opera and orchestral concert repertoire. Credits include Janáček's Glagolitic Mass with the Edmonton Symphony, Handel's Messiah with both the Charleston Symphony Orchestra and the Kitchener Waterloo Philharmonic Chorus, Beethoven's Symphony No. 9 with the Calgary Philharmonic Orchestra and the Kingston Symphony, Elijah with the Newfoundland Symphony, Mahler's Rückert Lieder with the Winnipeg Symphony, and Mahler's Lieder eines fahrenden Gesellen with Symphony New Brunswick. In western New York she is a frequent soloist with such ensembles as the Western New York Chamber Orchestra, the Rochester Gay Men’s Chorus, the Buffalo Chamber Players and the Buffalo Philharmonic Chorus.

Lynne is also an active recitalist and has sung at many distinguished song venues, including Tanglewood, Ravinia, and the Church of St. Martin-in-the-Fields. Her recital exploring song settings of Walt Whitman earned her a rave review in the Toronto Star, which stated, “Art doesn’t get any more moving that this.” She is a frequent performer of contemporary music and has many premieres to her credit, including works by Augusta Read Thomas, the Canadian premiere of Ned Rorem's Evidence of Things Not Seen, and the North American premiere of Judith Weir's The Voice of Desire.

On CD, Lynne can be heard as Roberto in Vivaldi’s La Griselda with Kevin Mallon conducting the Aradia Ensemble (Naxos) and also in Vivaldi’s Nixit Dominus with the same ensemble. Her recording of The Complete Songs of Virgil Thompson with the Florestan Recital Project was a “Pick of the Month” for BBC Music Magazine.

Lynne is on the voice faculty of the State University of New York at Fredonia and specializes in teaching both classical and musical theatre style. She has given vocal masterclasses at such institutions as York University and for the Young Artists of Calgary Opera and Pacific Opera Victoria. She was a Founding Faculty Artist of the Vancouver International Song Institute and has been a teacher/performer at the Art Song Lab in Vancouver, Canada for almost ten years. She received her Master's degrees from the Eastman School of Music and the Royal Scottish Academy of Music and Drama. She lives in Fredonia, NY with her wife and daughter.