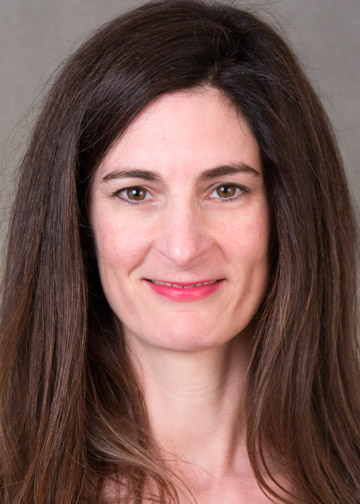 Natasha Farny is Professor of Cello at the SUNY Fredonia School of Music. She teaches a full studio of cello majors, coaches chamber music, and runs the string chamber ensemble class. An accomplished soloist, Ms. Farny has performed concertos with orchestras such as the Boston Symphony Orchestra, the Buffalo Philharmonic, as well as several regional orchestras. She has taken solo and chamber music tours across Germany, the Czech Republic, and Brazil, and has played recitals at many national venues like the Dame Myra Hess Memorial Concerts in Chicago, New York City's Merkin Hall, and Brooklyn’s Bargemusic “Here and Now” Series. She co-founded the Ekstasis Duo, which performs music for cello and piano, with School of Music colleague Eliran Avni, in 2018. Ms. Farny's debut CD of "French Cello Music" was released in 2020 on the Centaur label, and her second CD, "Women's Voices" with Ekstasis Duo partner, Eliran Avni, will be released in 2021.

A vibrant teacher, she has been invited to give master classes at various institutions, including Weimar’s Hochschule für Musik Franz Liszt in Germany, the Brancaleoni International Music Festival in Italy, and the Eastman School of Music. After pursuing undergraduate studies at the Curtis Institute of Music and Yale University, Dr. Farny earned a master of music degree at the Eastman School of Music and a doctor of musical arts degree at the Juilliard School and won a fully-funded year of study at Leipzig's Hochschule in Germany. At Fredonia, she has been honored with several awards, including grants from the Faculty Student Association, the Research Foundation for SUNY, and the United University Professions, as well as the Hagan Young Scholar Artist Award for outstanding artistic performance. She has been appointed to summer music festivals in Piobbico, Italy, Sewanee, TN, Chestertown, MD, Boulder, CO, Anchorage, AK, Sweden, ME, and the Fredonia String Camp.

Natasha Farny's CD of French cello music, with pianist Jitka Frankova, was released on the Centaur Label in January 2020. Along with Professor Eliran Avni, she recently launched the Ekstasis Duo which tours nationally, performing music for cello and piano. www.ekstasisduo.com. Their CD "Women's Voices" will be released in 2021. Ms. Farny has studied in depth the music of Kaija Saariaho and Beethoven, and has performed throughout Europe on the rare Theremin Cello. Ms. Farny has given numerous online seminars on performance nerves and cello technique. Newer interests include Baroque style and embellishment, performing music by women, and expanding the general public's awareness of underrepresented composers.