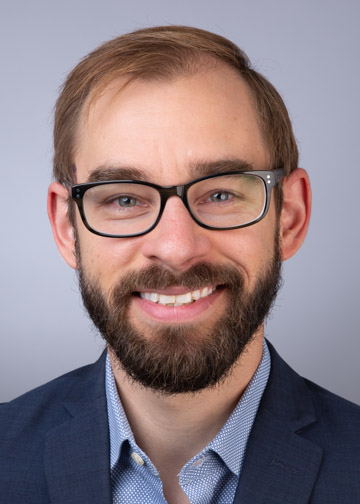 Dr. Nick Weiser is that most rare combination - a musician's musician, and a musical ambassador to the masses. A communicative artist skilled not only as a pianist, conductor, and bandleader, but as a composer, arranger, educator, and scholar, Weiser has performed to acclaim as a soloist and collaborator in numerous idioms. Diligence, curiosity, and love of music led him from his tiny hometown of Dighton, Kansas first to the University of Kansas, and then on to the Eastman School of Music, where he earned his M.M. and D.M.A. in the Department of Jazz Studies & Contemporary Media under the tutelage and mentorship of Harold Danko and Bill Dobbins, among others.

A passionate and dedicated educator, Weiser has been the architect and director of the Jazz Studies curriculum at the State University of New York at Fredonia since the program began in 2017. Among his duties at SUNY Fredonia, Weiser is proud to conduct two stellar big bands, the Fredonia Jazz Orchestra and the DownBeat award-winning New Jazz Ensemble. In the greater Fredonia community, Weiser serves as artistic director of the Fredonia Jazz Society, which he co-founded, performing regularly and facilitating concerts sponsored by the organization. Prior to coming to Fredonia, Weiser taught at Ithaca College from 2011 to 2017 and at Cornell University from 2013 to 2017, and has maintained a private teaching studio for many years.