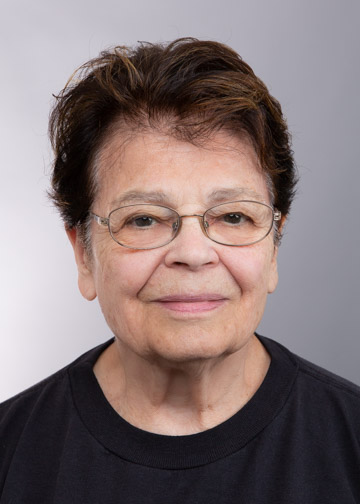 Dr. Kay Stonefelt was awarded the Percussive Arts Society’s 2016 Lifetime Achievement Award for Excellence in Education and is a recipient of a SUNY Chancellor’s Award for Excellence in Teaching (2006) and the Poummit Faculty Recognition Award in the School of Music (2010). As a SUNY Distinguished Professor of Music and Chair of the Percussion Studies Area at Fredonia, she teaches private studio lessons and conducts the Fredonia Percussion Ensemble.

Dr. Stonefelt joined the Fredonia School of Music faculty in 1993 after years of performing as a percussionist in a wide variety of venues and styles. She performed with orchestras throughout the U.S., Germany, France, and the U.S.S.R. With Baltimore Symphony (1961), she was the first full-time woman percussionist on contract with a major symphony orchestra. In New York City, she performed in over 20 Broadway and off-Broadway shows, recorded television and radio commercials, and founded various chamber, jazz, and percussion ensembles.

As a Fulbright Senior Scholar in Ghana, she studied Dagara xylophone styles and has mentored several Ghanaian artists. She has had 11 funded grants, 7 recordings, solo performances, and much conducting, composing, producing, consulting, and arranging experience. She has led ethnic ensembles on campus and around the world. She has recorded with, and been the percussionist and hammered dulcimer player for Fioretto Ensemble (Finland), and is currently a percussionist with the Erie (PA) Chamber Orchestra, timpanist for the Western New York Chamber Orchestra, and a regular performer in New York.