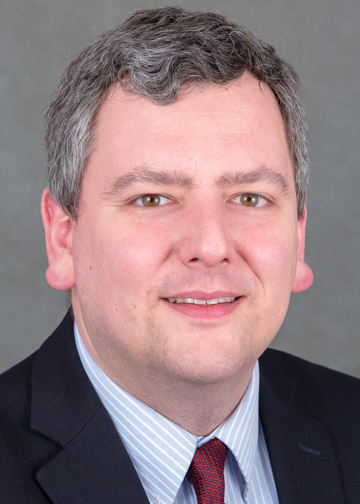 Dr. Vernon Huff is the Director of Choral Activities and Associate Professor of Choral Music Education at The State University of New York at Fredonia, where he teaches courses in choral conducting, choral methods, graduate music education courses, and conducts the Chamber Choir and Masterworks Chorus. At Fredonia, he oversees a choral program of five choirs and over three hundred students. With ten years of public school teaching at the elementary and secondary levels, he has taught choral and general music in California, Ohio, and South Carolina. In 2006, Huff earned National Board certification in Choral Music, Early Adolescence through Young Adulthood. At the high school level, he worked with concert choirs, show choirs, gospel choirs, and in musical theatre. He is a Suzuki certified piano instructor and has frequently performed as a baritone soloist, including as at the Piccolo Spoleto festival in Charleston, SC. While earning his DMA in choral conducting at Arizona State University, Huff served as conductor of the ASU Men's Chorus, lead teaching assistant, and for one year, choral ensembles coordinator. He earned the MM degree in choral conducting from The Ohio State University, where he received the Outstanding Graduate Student – Performance Division award and directed the Lyric Opera Chorus. His baccalaureate degree is in choral music education from Furman University. Recently, Huff has led clinics, adjudicated festivals, and conducted choirs in Connecticut, Delaware, Florida, New York, Pennsylvania, and South Carolina. He currently serves as Resources and Repertoire Coordinator for Colleges and Universities for the New York chapter of the American Choral Directors Association, Governor of Province 17 of Phi Mu Alpha Sinfonia, and is Director of Music at Fredonia First United Methodist Church.

The development of the Spiritual in the 1930s and beyond. The life and music of William Levi Dawson. Digital Media and Participatory Culture.