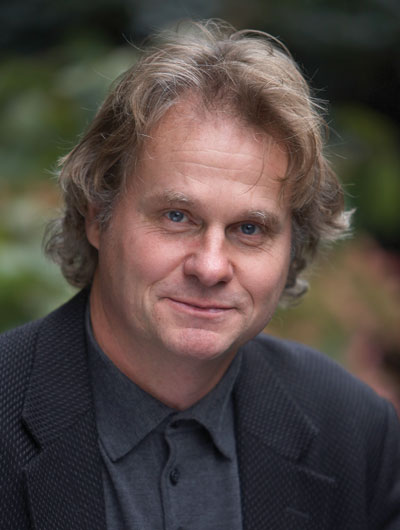 A rare opportunity awaits Fredonia with the arrival of Dr. Wade Davis — described
as “a rare combination of scientist, scholar, poet and passionate defender of all of life’s diversity”— who will deliver the keynote address of the 2015-16 Convocation series, “Rediscovering the Diversity  of the Human Spirit.”

King Concert Hall will host the talk by Dr. Davis, an Explorer-in-Residence at the National Geographic Society who has been honored as one of its “Explorers for the Millennium,” on Tuesday, April 12, at 3 p.m. This year’s keynote address is once again funded by the Maytum Lecture Endowment and Williams Visiting Professorship Endowment through the Fredonia College Foundation, making it free and open to the public.

Davis holds degrees in Anthropology and Biology and received his Ph.D. in Ethnobotany, the scientific study of the relationships that exist between people and plants, all from Harvard University. It was through the Harvard Botanical Museum that he spent over three years in the Amazon and Andes as a plant explorer, living among 15 indigenous groups in eight Latin American countries while making some 6,000 botanical collections.

A prolific author, Davis wrote “Passage of Darkness” and “The Serpent and the Rainbow” based on his examination of folk preparations implicated in the creation of zombies in Haiti, along with more than a dozen other books, including “One River,” which was nominated for the 1997 Governor General’s Literary Award for Nonfiction. “The Serpent and the Rainbow” became an international bestseller and was made into a motion picture by Universal Pictures. His books have been translated into 16 languages and have sold approximately 900,000 copies worldwide.

His many awards include: The Explorers Medal, the highest award of the Explorers Club; the Gold Medal of the Royal Canadian Geographical Society; the 2002 Lowell Thomas Medal (The Explorer’s Club) and the 2002 Lannan Foundation $125,000 prize for literary non-fiction.

A native of British Columbia, Davis, a licensed river guide, has worked as a park ranger and forestry engineer, and conducted ethnographic field work among several indigenous societies of northern Canada. He has published over 200 scientific and popular articles on subjects ranging from Haitian Vodou and Amazonian myth and religion to the global biodiversity crisis, the traditional use of psychotropic drugs and the ethnobotany of South American Indians.

His photographs have appeared in some 30 books and more than 100 magazines, journals and newspapers, including National Geographic, Time, Geo, People, Men’s Journal, Outside and National Geographic Adventure and have been exhibited at the International Center of Photography (I.C.P.), the Annenberg Space for Photography, the Marsha Ralls Gallery in Washington, D.C., the United Nations (“Cultures on the Edge” exhibition 2004), the Carpenter Center of Harvard University and the Utama Center, Kuala Lumpur, Malaysia.

Davis’ research has been chronicled in more than 900 media reports and interviews in Europe, North and South America and the Far East, and has inspired numerous documentary films as well as three episodes of “The X-Files” television series.

More information on Davis’ work can be found at www.daviswade.com.

See the Schedule of Events for Homecoming 2016

From the sound board to the GRAMMY board; John Poppo, ’84, Chairman of The Recording Academy’s Board of Trustees

John Poppo, ’84, a producer, engineer, songwriter and musician, whose various credits can be found on the records of pop icons like Michael Jackson, Janet Jackson, Mariah Carey, NSync, Madonna, Seal, Luther Vandross and Al Green, became Chair of The Recording Academy Board of Trustees. It’s been a long and rewarding career path for Mr. Poppo, a Long Island native who today spends his life flying back-and-forth between his Westchester, N.Y., home/recording studio and the academy’s Santa Monica, Calif., headquarters. But if you ask him, he swears that the most significant stop along his journey was Fredonia, N.Y.

Events and performances during Spring 2016.