The Educational Opportunity Program encourages its students to take part in advocacy, and in the issues affecting them, not only as students, but as state residents and as a member of the United States populace.

In an effort to help in the lobbying fight to keep fundings for EDP (EOP), EDP students, their families, and their friends are asked to contact their respective legislator and let their voice be heard on this very important issue and on any other issues that are of concern. 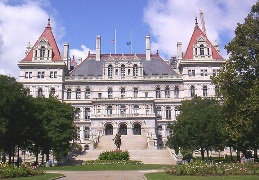 If you are 18 years of age or older and a U.S. citizen and have not registered to vote, please complete this form. 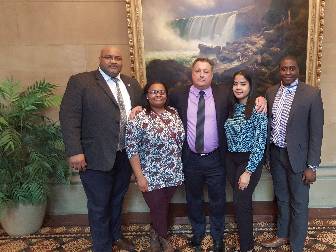 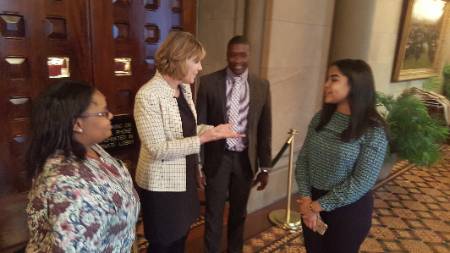 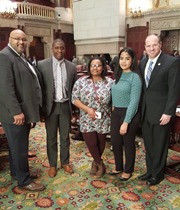 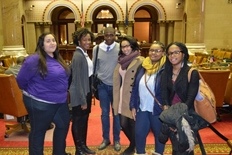 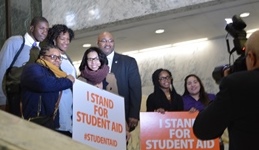 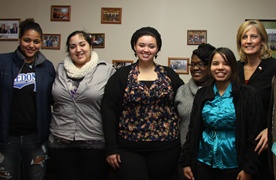 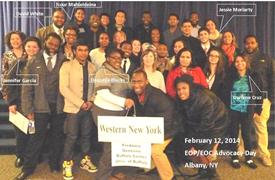 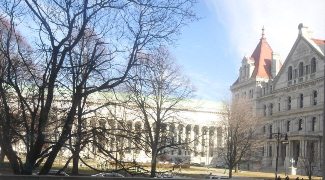 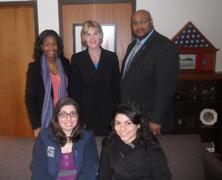 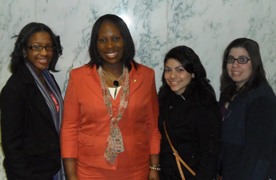 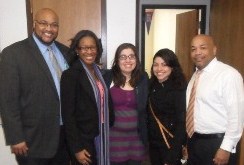 “We had another amazing experience in Albany,” said EDP Director David White. “Nicole King, Krystal Lebron, and Rachael James all did a tremendous job of speaking to our state legislators. We met with Assemblyman Carl Heastie (District 83--covers the Williamsbridge, Wakefield, Edenwald, Eastchester, and Baychester sections of the Northeast Bronx); Senator Carl Marcellino's Chief of Staff (District 5--which comprises parts of Nassau and Suffolk Counties in Long Island); and our own Senator Catharine Young (District 57--which includes all of Chautauqua County, Cattaraugus County and Allegany County, and the lower half of Livingston County). As a result of Rachael's connections (Rachael's grandmother, former Assemblywoman Aurelia Green who served 27 years in the Assembly), we were able to meet Assemblywomen Vanessa Gibson (District 77--which includes the Concourse, Highbridge, and Morris Heights sections of the Southwest Bronx) and Barbara Clark (District 33--which comprises Bellerose, Cambria Heights, Hollis and St. Albans, among other neighborhoods located in Queens County).” 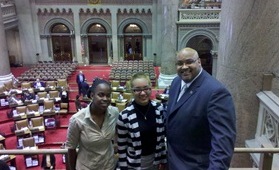 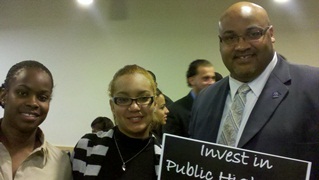 We have had a tremendous experience! Lash and Margaret passionately spoke to several state legislators on the importance and need for continued EOP funding and the opportunity that it has provided. Assemblyman Sean Ryan, 144th District (Fredonia alumnus), invited us onto the Assembly floor where we were officially introduced and welcomed. Two other NYS Assembly representatives from Buffalo--Mr. Michael Kearns, 145th District, and Ms. Crystal Peoples-Stokes, 141st District--both introduced themselves to our students as well. -- Mr. White