What is the history of EDP? 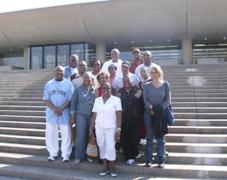 The Office of O pportunity Programs, located at SUNY Central in Albany, New York, oversees university-wide opportunity programs, including Fredonia's. Oversight responsibilities include program leadership, policy development/implementation, fiscal planning and management, performance monitoring, data collection and reporting. For additional information about the Office of Opportunity Programs, visit their website: Office of Opportunity Programs. SUNY EOP celebrated 35 years in the fall of 2002 and EDP at Fredonia celebrated its 35th anniversary in September 2005. Dr. Jeffrey J. Wallace, EDP director from 1972 - 1981, renamed the Educational Opportunity Program to Educational Development Program "to emphasize the developmental process that students go through to become successful, contributing citizens in society. Opportunity allows access, but what a college does with and for students, is the developmental nature of education."

Graduation and retention rates of Educational Opportunity Program students compare favorably to that of the general student population at many institutions of medium admissions selectivity. First year retention in the senior colleges is 84.5% percent and the six-year 2008 graduation rate is 54%, respectively.

Is EDP a minority or race based program?
No. EDP is very ethnically and racially diverse. Statistics as of F'15 reports.

Is EDP a Financial Aid Program?
Although extremely important to the student, the amount of EDP direct aid award is relatively small. Ranging from $250-$900 per semester, the EDP award will not cover the cost for food or housing or any single primary college expense. 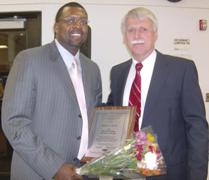 s available the counseling and tutoring support so valuable for students whose economic and educational circumstances have already placed them at a disadvantage.

Is EDP for less talented students?
EDP students have been identified as students who have the talent and ability to succeed in college but have been placed at a disadvantage for access by financial and academic circumstances. In fact, many EDP students have been accepted and/or are currently enrolled in graduate programs on an openly competitive basis. Many others are successfully competing, succeeding and contributing in their careers, families and communities.