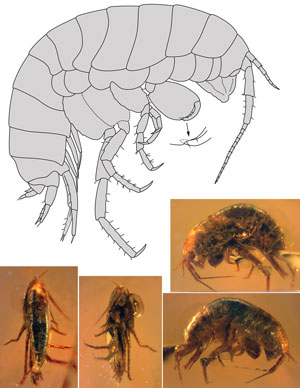 Crustaceans are rarely preserved in amber, owing to their aquatic nature.

The discovery was significant because it sheds light on a little known group with a poor fossil record – the amphipod crustaceans, also known as beach fleas. As Dr. Hegna explained, the fossils have an enigmatic ecology because they are blind – a feature commonly associated with cave-dwelling amphipods. A Science Direct article explaining the find can be found online.

Department of English Professor Birger Vanwesenbeeck and Fredonia English alumnus Andrew Lindquist are among the contributors to the edited volume Post-Digital: Dialogues and Debates from the electronic book review, to be released by Bloomsbury in February.