A lasting legacy in the Rockefeller Arts Center | Fredonia.edu Skip to main content

A lasting legacy in the Rockefeller Arts Center

The following are named rooms in the Rockefeller Arts Center addition/renovation project, followed by the benefactors: 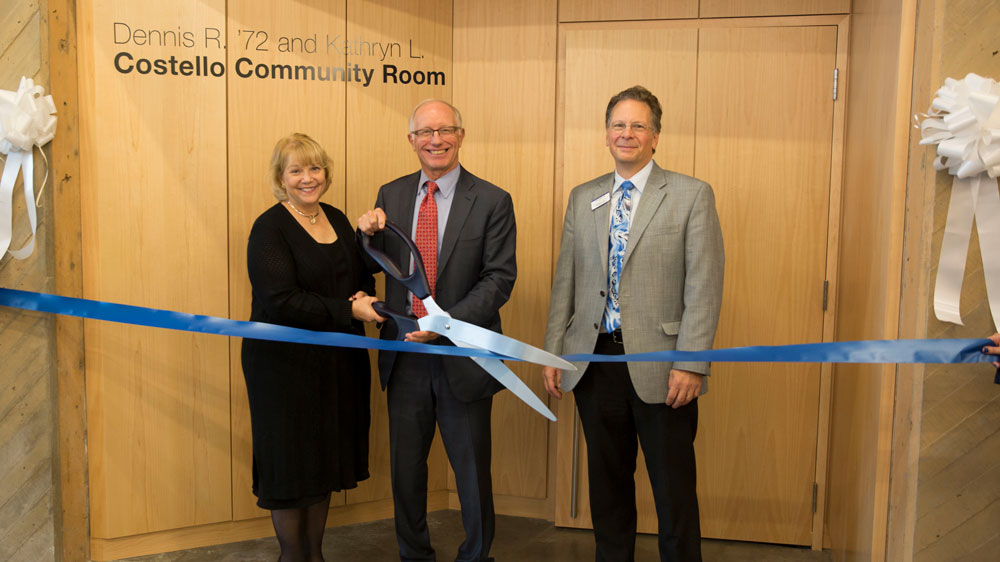 Dennis, ’72, (center) with President Virginia Horvath and Dean of the College of Visual and Performing Arts Ralph Blasting. 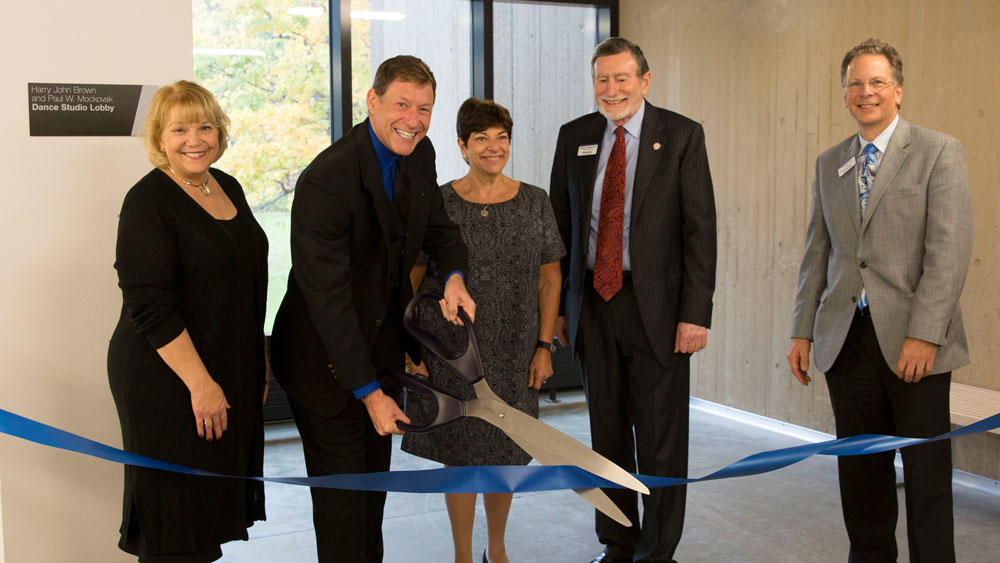 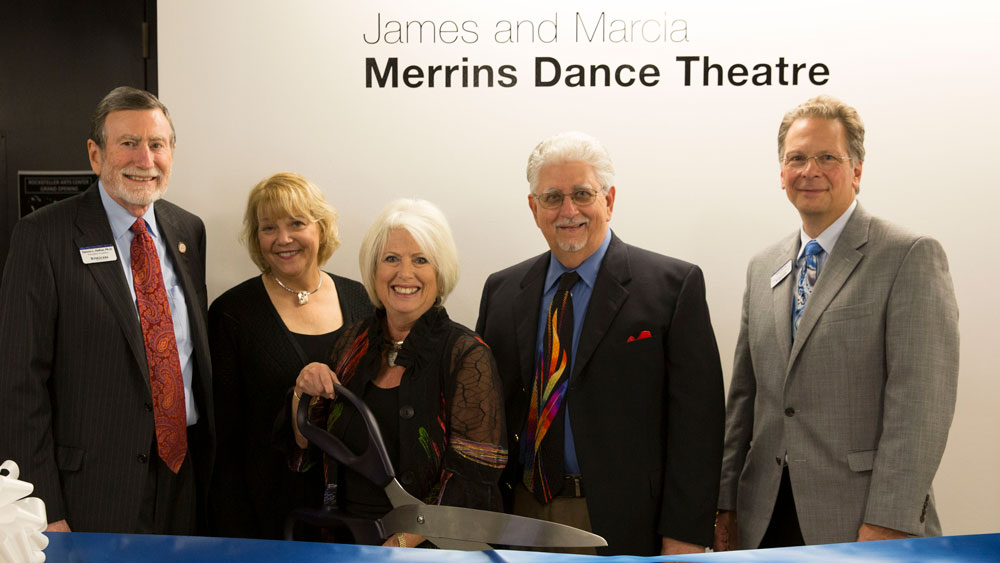 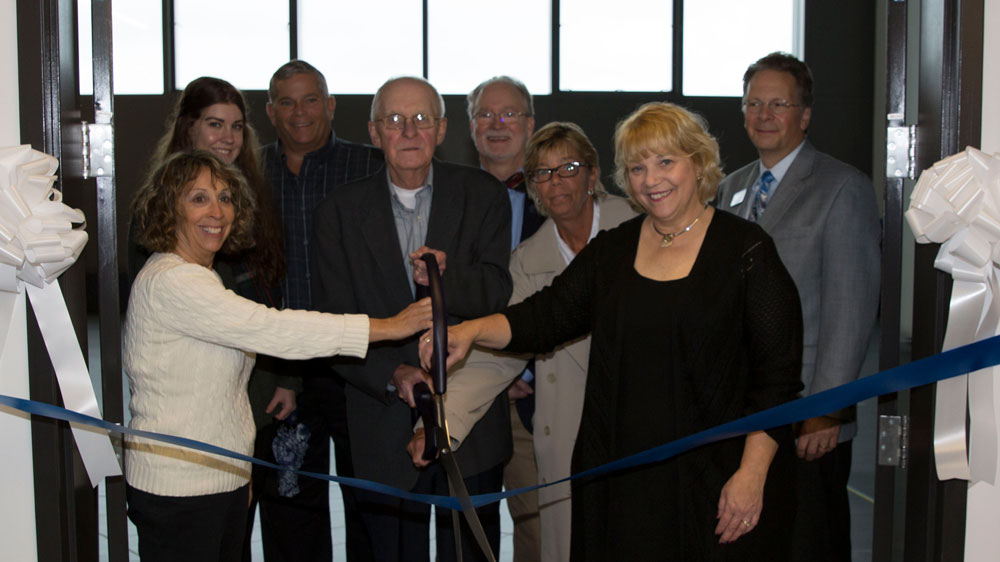 Family and friends of Paul and Mary Joyce Schaefer. 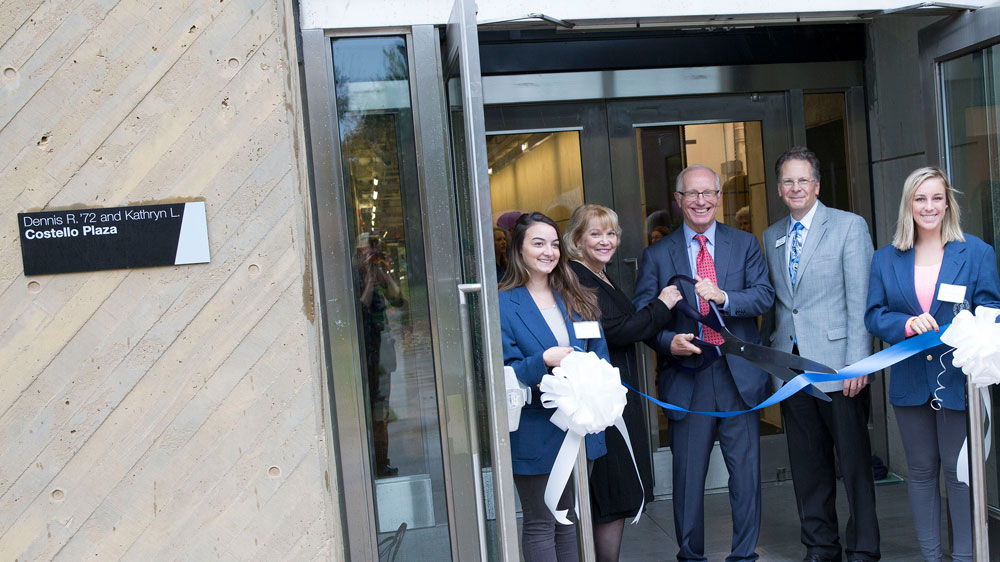 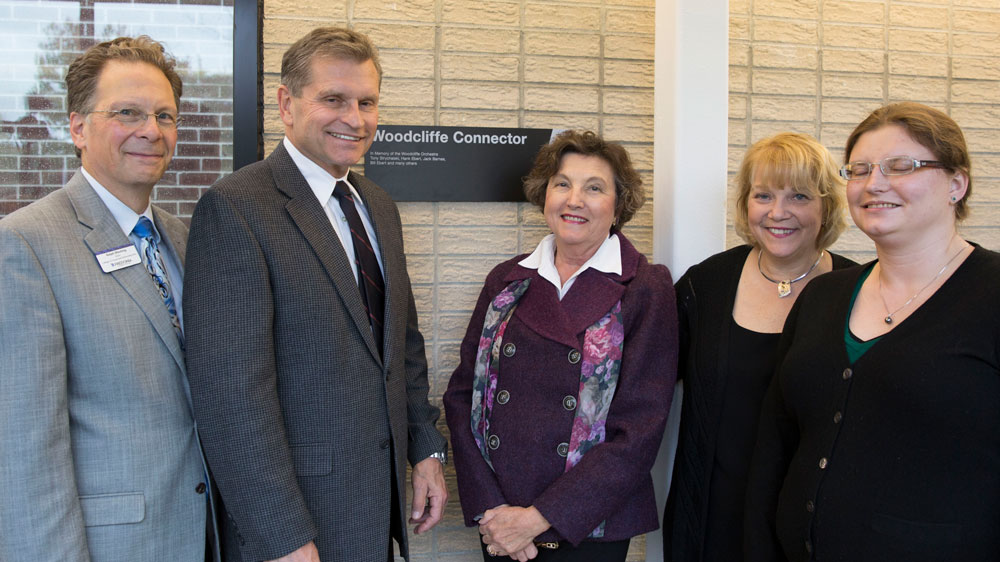 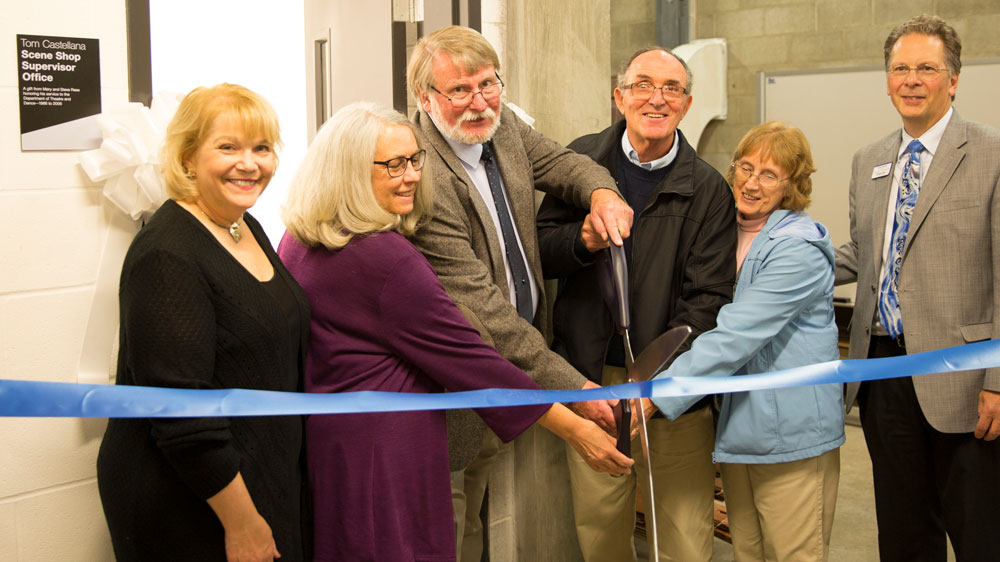 Professor Emeritus Stephen and Mary Rees (second and third from left) join Tom Castellana (third from right), to dedicate the office honoring Mr. Castellana’s service to the Department of Theatre and Dance from 1986 to 2006. 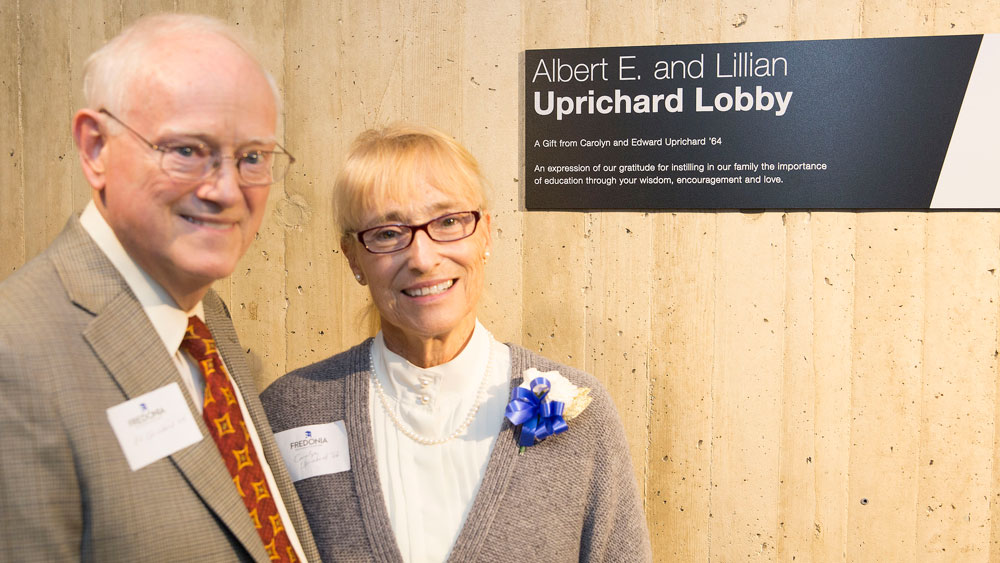 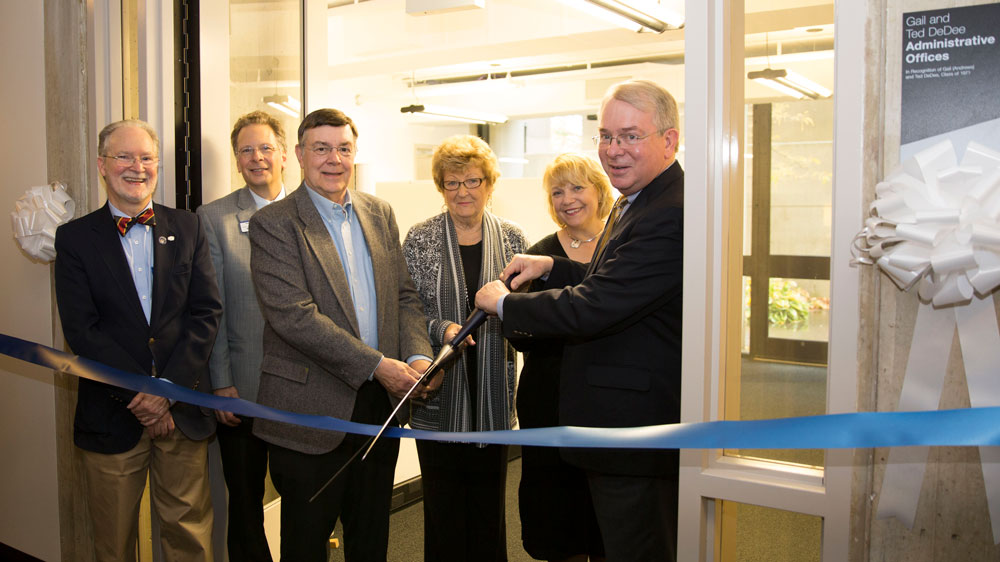 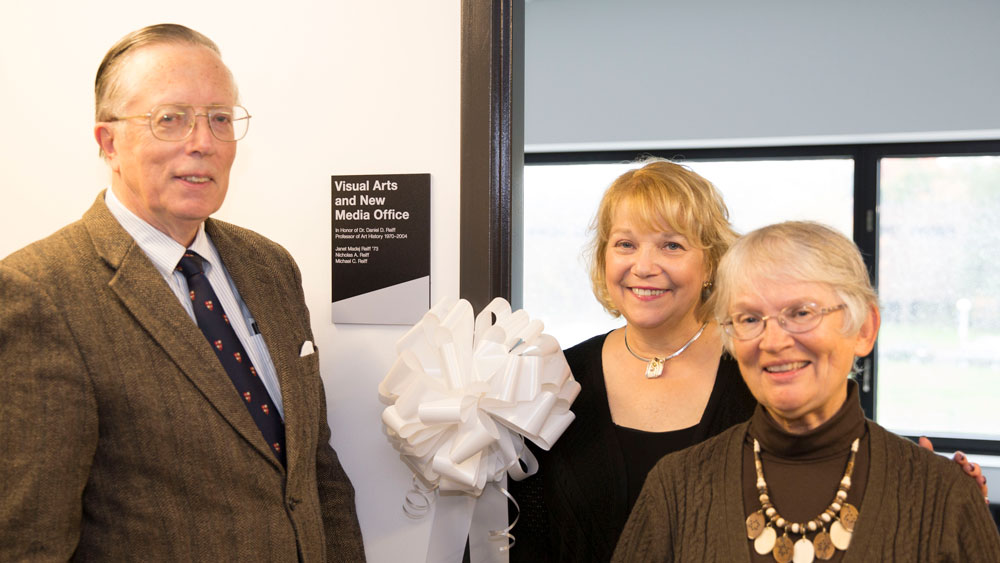 Professor Emeritus Daniel D. and Janet (Madej) Reiff, '73, with President Horvath in dedicating the office endowed by Dr. and Mrs,. and their sons, Nicholas A. and Michael C. Reiff, in Dr. Reiff's honor. 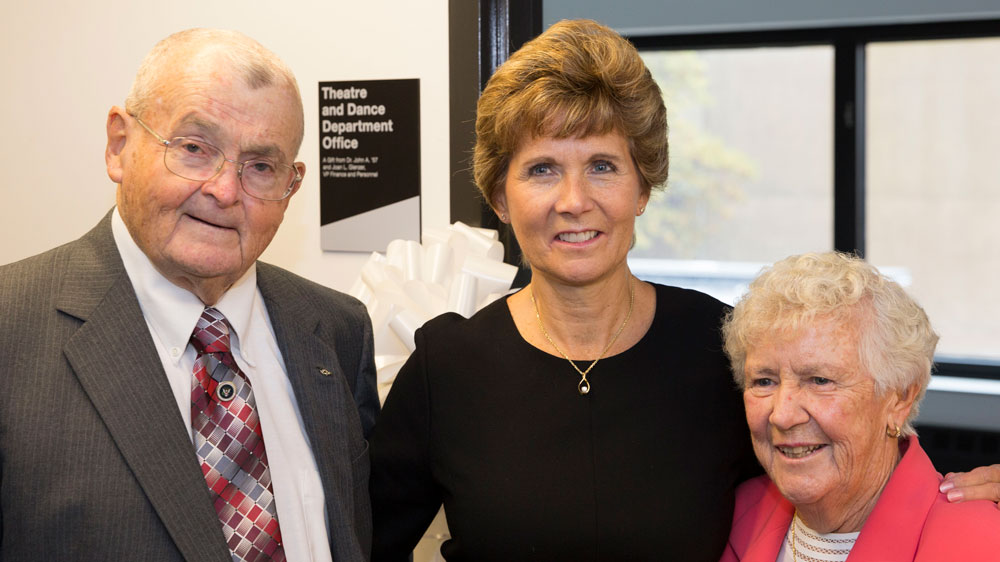 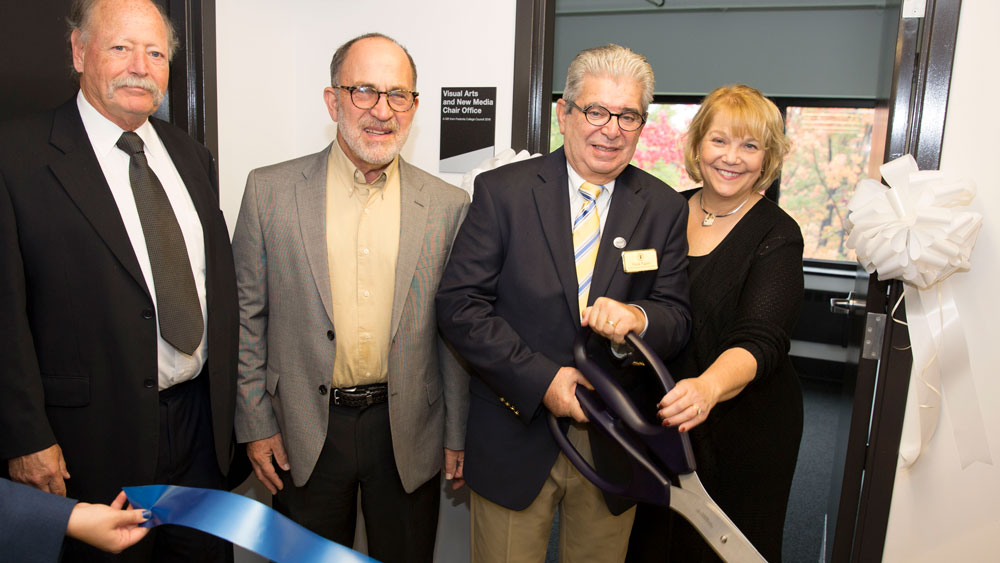 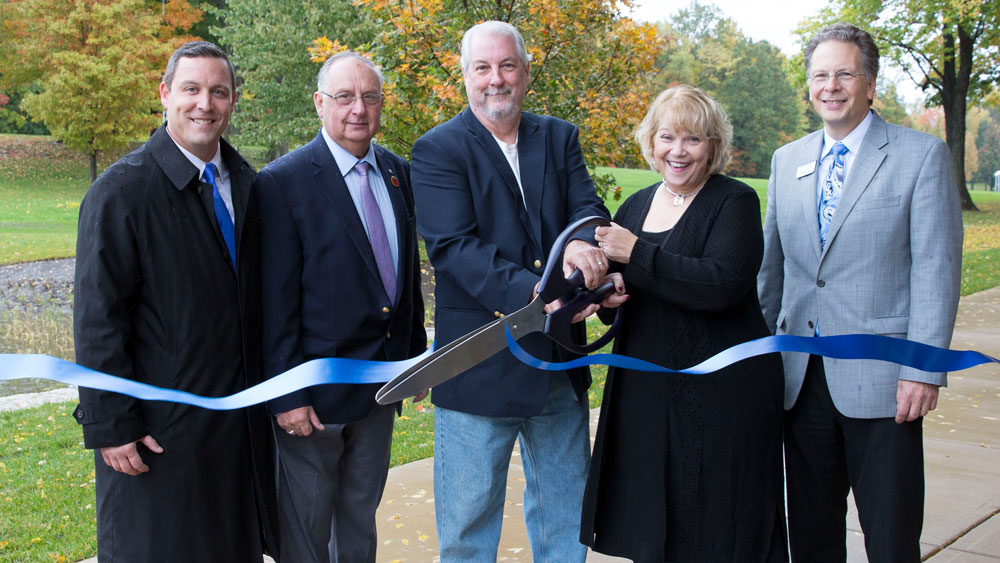