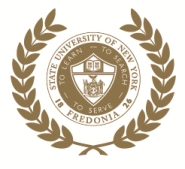 What's in a name?

Inauguration? Installation? Investiture? According to Etiquette and Protocol: A Guide for Campus Events by April L. Harris, the term "inauguration" is used in a university setting to refer to the series of events planned in celebration of the installation of a new president. The "installation" is the actual moment the new president assumes the articles of office. The ceremony itself is an "investiture." We are following this usage at Fredonia. The inaugural events provide opportunities for members of the university family to celebrate all elements of the university and move forward together.

A successful inauguration will serve to unite those with a stake in the future of the university and the entire campus community – students, faculty, staff, alumni, parents, friends and donors – with a common understanding of Fredonia and a vision of its future. As a celebration, Fredonia's investiture will:

At American colleges and universities, the ceremonial bestowal of presidential powers traditionally takes place some time after the new president actually assumes the duties of the office. President Kolison was appointed to the position of president by the SUNY Board of Trustees on June 29, 2020, and officially assumed office on August 17, 2020. The COVID-19 pandemic caused a delay until the ceremony could be held safely. Having the investiture on September 9, 2022 allows the ceremony to take place in person when school is in session, and provides time for planning and allows time for the presidents of other colleges reserve the date. Presidents from throughout the country as well as overseas are being invited because an inauguration acts not only as an opportunity for a college to look ahead to its future while honoring its traditions, but also serves as an official recognition of a president's entrance into the nation's academic leadership.

Recognizing Fredonia's proud past while looking to do even more in the future, the theme for Dr. Kolison's inauguration week is ""Enhancing access to, and persistence at, the well of knowledge, discovery, and success."

Along with President Kolison, who will present his vision for SUNY Fredonia, other speakers include State University of New York Board of Regents Trustee Eunice Lewin and student speaker France Souneka Charles, a first-generation Haitian immigrant from Long Island, New York. France is a senior double major in Economics and Marketing. She will be speaking about her journey to Fredonia, the challenges she has overcome, and the importance of making higher education accessible to everyone.

Global health activist and Chautauqua County native Donato J. Tramuto will give the keynote address. Tramuto is the former CEO of Tivity Health®, Inc., and is widely recognized for his commitment to social change and transformational leadership in healthcare innovation. He is the co-author of “The Double Bottom Line: How Compassionate Leaders Captivate Hearts and Deliver Results,” which defines a new model of leadership and examines how to cultivate more compassionate people.

Also featured during the Ceremony will be the Fredonia Chamber Choir, Wind Ensemble, and African Drumming Ensemble.