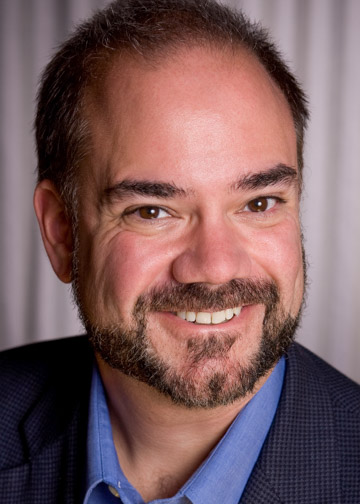 Robert Strauss has been praised for his sensitive, intelligent interpretation, his attention to musical and textual nuance, and his versatile tenor voice. Since returning to Western New York in 2004, Strauss has become increasingly in demand as a singer, teacher, conductor, and stage director. An avid recitalist, he has presented the programs Chamber Music of Benjamin Britten, Seasons in Song and The Recital That Dare Not Speak Its Name with Eastman School of Music faculty member Benton Hess. The recital, Inner Voices, featuring music for tenor and mezzo-soprano voices, premiered in North Carolina. He also regularly performs with his colleagues at the Fredonia School of Music.

On the stage, he has sung Pedrillo in Die Entführung aus dem Serail, Peter Quint (The Turn of the Screw), Jack Point (The Yeoman of the Guard), Archibald Craven (The Secret Garden), Dr. Caius (Falstaff) and minor roles in The Tender Land (Mr. Splinters), La traviata (Gastone), and Tosca (Spoletta), as well as Federico in L’amico Fritz, with the Centro Studi Italiani Opera Festival in Urbania, Italy. In February 2016, he sang Bastianello the Younger in the premiere of the orchestrated version of John Musto's Bastianello. His concert performances have included the tenor solos in Messiah, The Creation, St. Nicolas (Britten), Christmas Oratorio (Saint-Saens), The Christmas Story (Schütz), and the Requiems of Pinkham and Mozart. Strauss has also appeared as one of the tenor soloists in Rossini’s Messa di Gloria in the composer’s hometown of Pesaro. He has toured Italy performing opera scenes and arias from the standard Italian operatic literature with the Centro Studi Italiani Opera Festival.

Having served on the voice faculty of the Fredonia School of Music since 2007, Strauss is also a member of the National Association of Teachers of Singing (NATS), serving on the Executive Board for the Central New York-Finger Lakes Chapter first as Auditions Chair starting in 2010, and currently as Vice-President. He holds degrees from SUNY Fredonia, UNC-Greensboro, and earned his Doctor of Musical Arts in Performance and Literature from West Virginia University. As a Senior Lecturer at the Fredonia School of Music, he teaches applied voice, is Producer for the annual Hillman Opera, and runs the Honors Solo Vocal Camp for high school singers.