Past Exhibitions at the Marion Art Gallery | Fredonia.edu Skip to main content

Past Exhibitions at the Marion Art Gallery

Unless otherwise noted, exhibitions were organized by the Marion Art Gallery. Most exhibition publications are available free of charge; contact Barbara Räcker at Barbara.Racker@fredonia.edu. 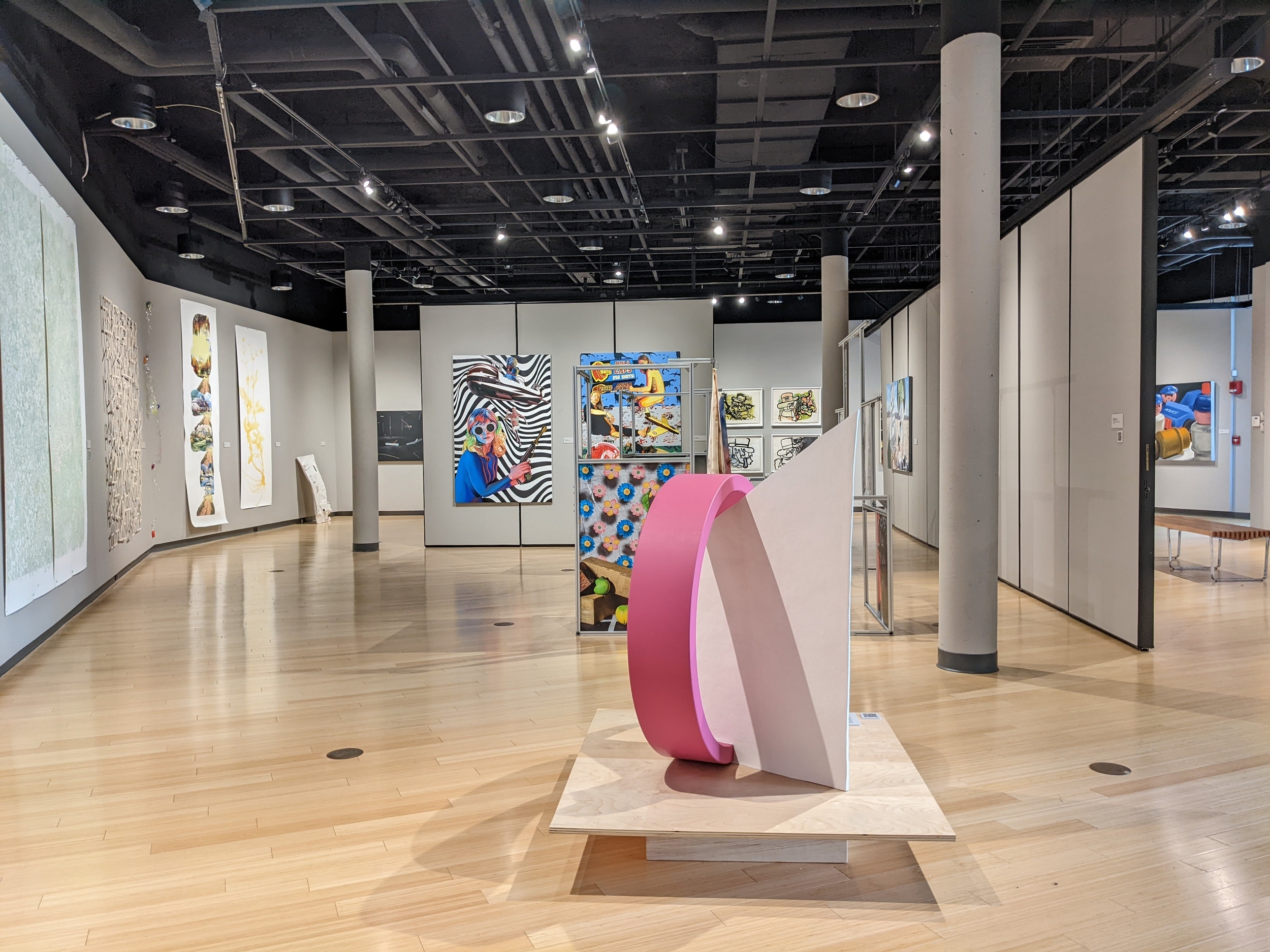 Familiar, constant and even conventional, the tropes of figuration and landscape nonetheless persist through time and outside of fashion to maintain their quietly dominant positions, even in the most contemporary of art approaches. Springboards from the familiar to the strange or even occasionally markers of deviation, these genres repeatedly demonstrate that well-used is not well-worn. Each of the artists in New Shapes from Old Tropes utilizes either figuration or landscape as a point of departure to serve their own iconoclastic visual languages. Curated by John Massier, the exhibition featured 13 artists from the Buffalo, New York area: Bruce Adams, Nando Alvarez-Perez, Julia Bottoms, Kyle Butler, A.J. Fries, Pam Glick, George Afedzi Hughes, Richard Huntington, Joan Linder, Margaret Schrecongost, virocode, and Rebecca Wing. 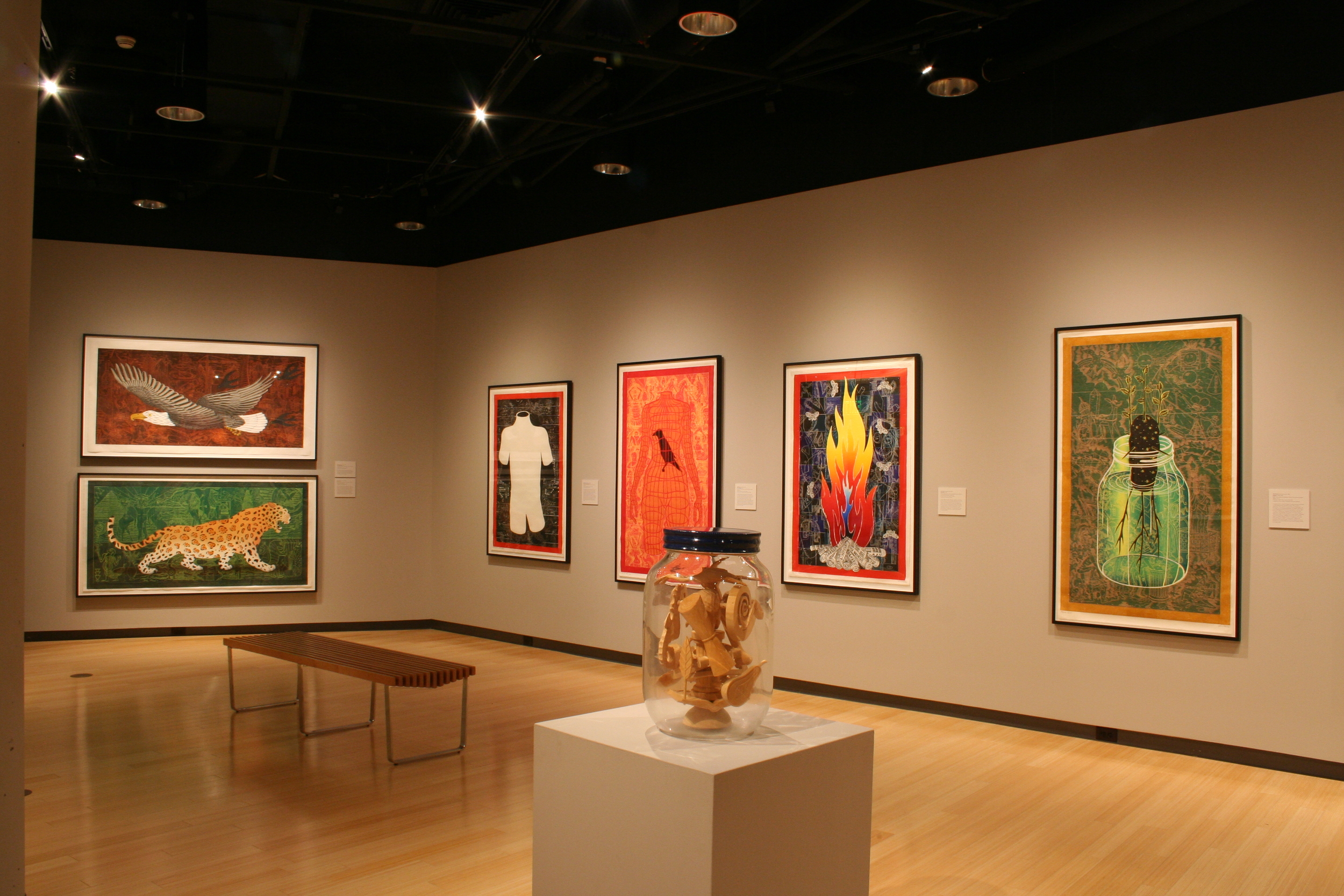 John Buck Prints and Sculptures from the Collection of Jordan D. Schnitzer and His Family Foundation
August 31 through November 19, 2021 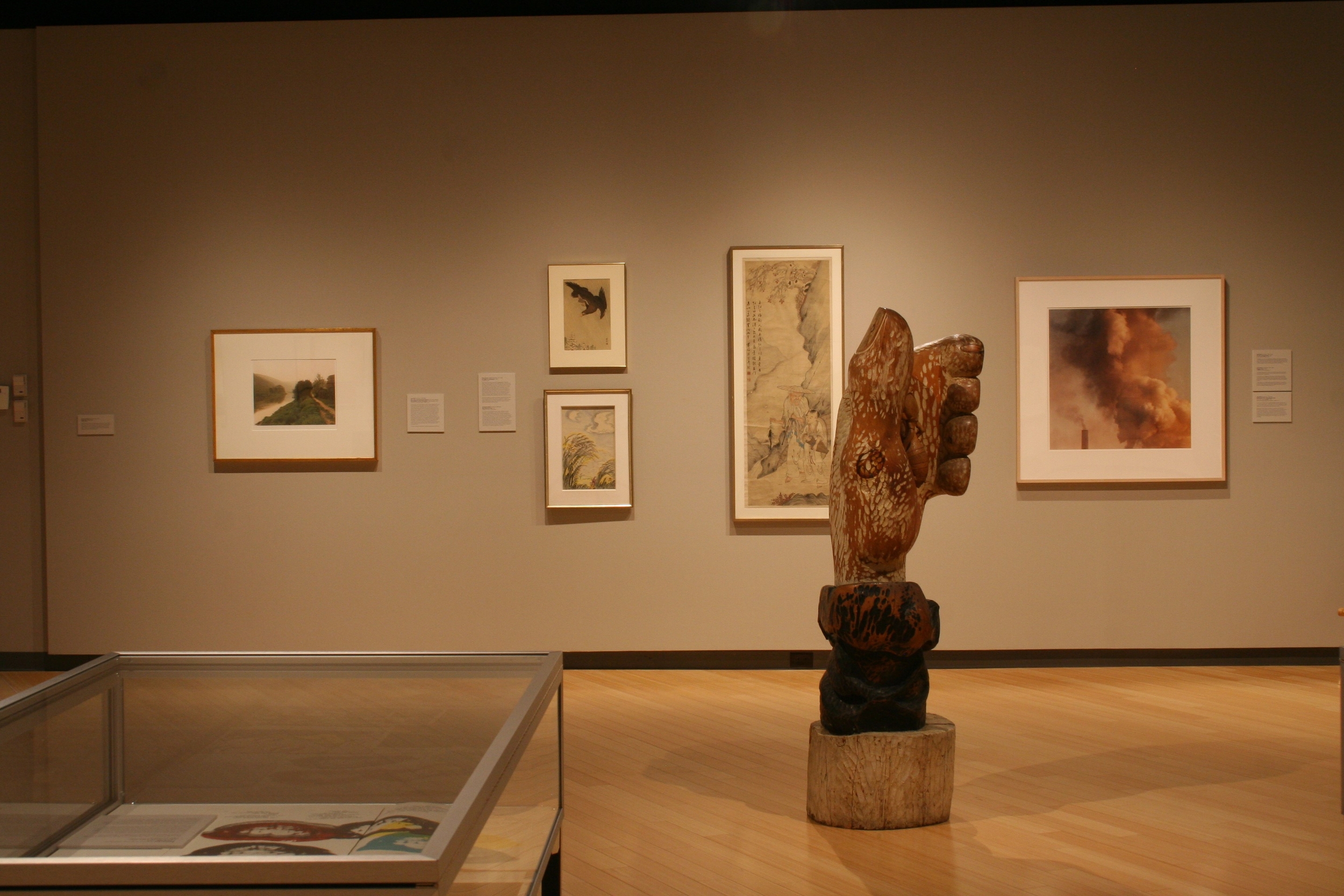 Former Arkwright Town Supervisor and retired attorney Nick Norton caught the collecting bug from his father F. Paul Norton. Together they amasses a major collection of prints which make up the Norton Family Print Collection at the Albright Knox Art Gallery. This exhibition featured an eclectic mix of Eastern and Western art, from traditional masks to modern furniture and contemporary photographs, that Nick Norton lives with and has cherished for decades. 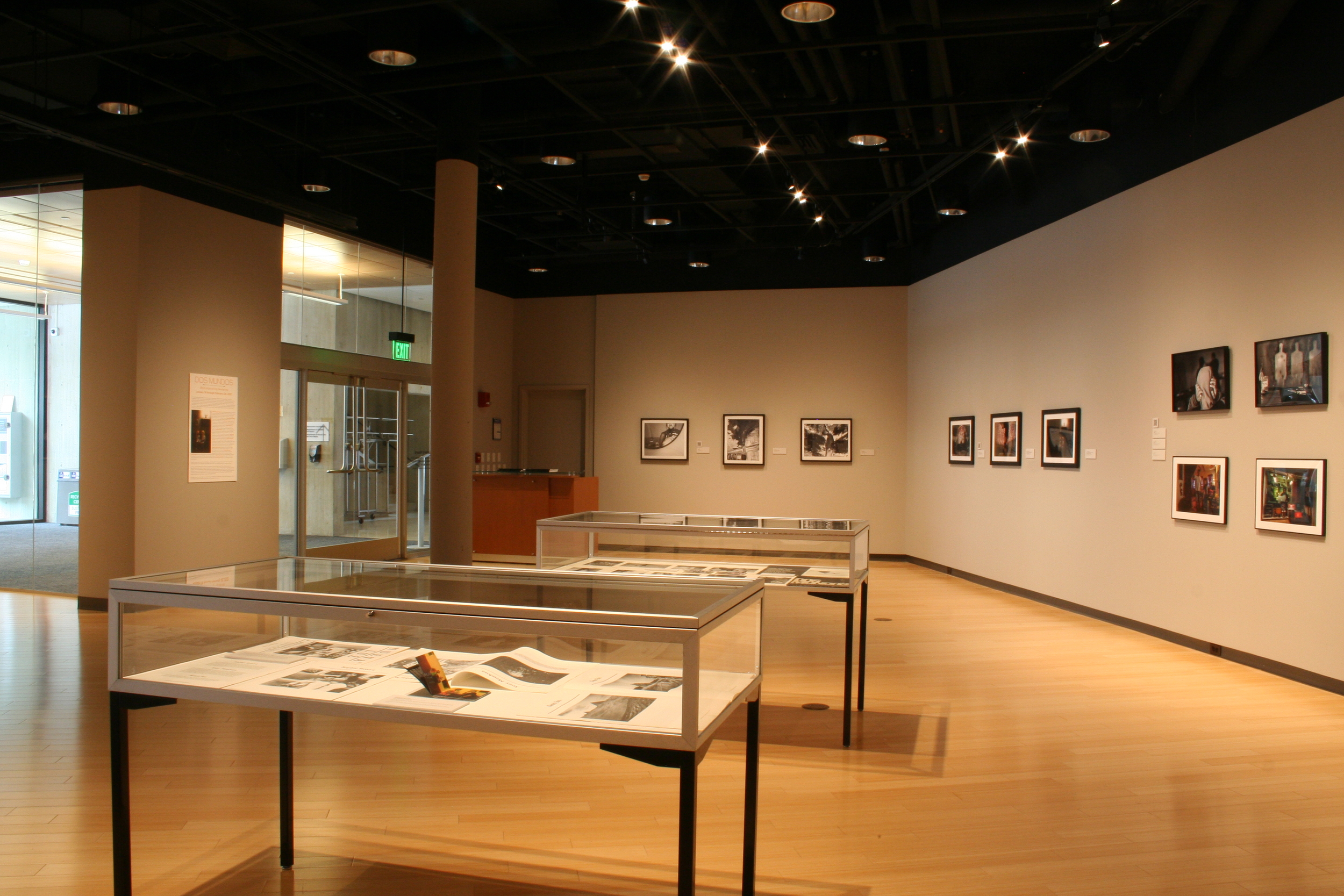 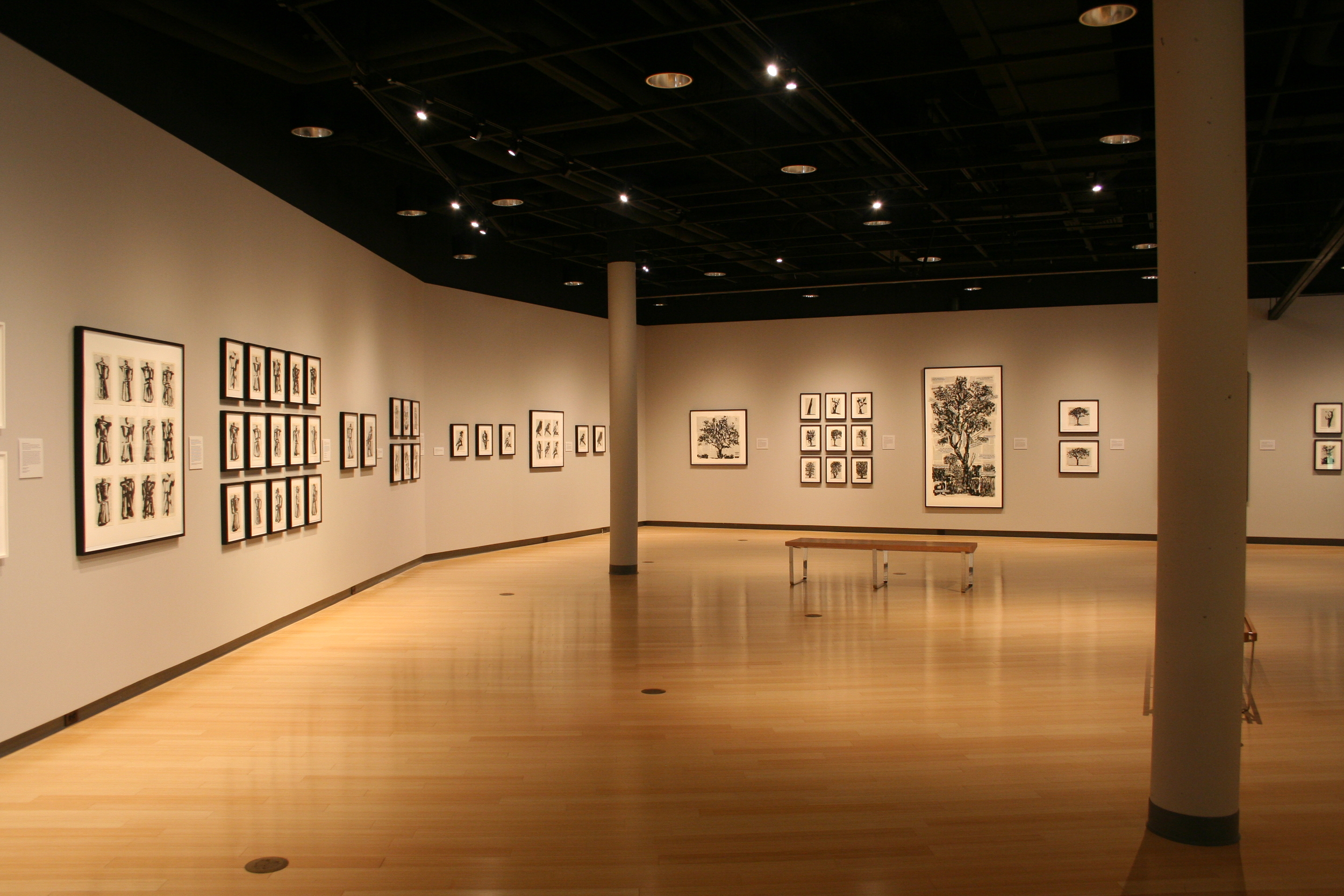 75 linocuts from the Universal Archive series. The prints began as drawings in India ink, executed using both what the artist calls a “good brush” as well as a “bad brush,” one with damaged bristles that produced less controlled marks. Kentridge, together with master printer Jillian Ross and her team at the David Krut Workshop in Johannesburg, then translated the drawings into linocuts, a technique capable of capturing the fluidity of line in a manner similar to that of drawing. 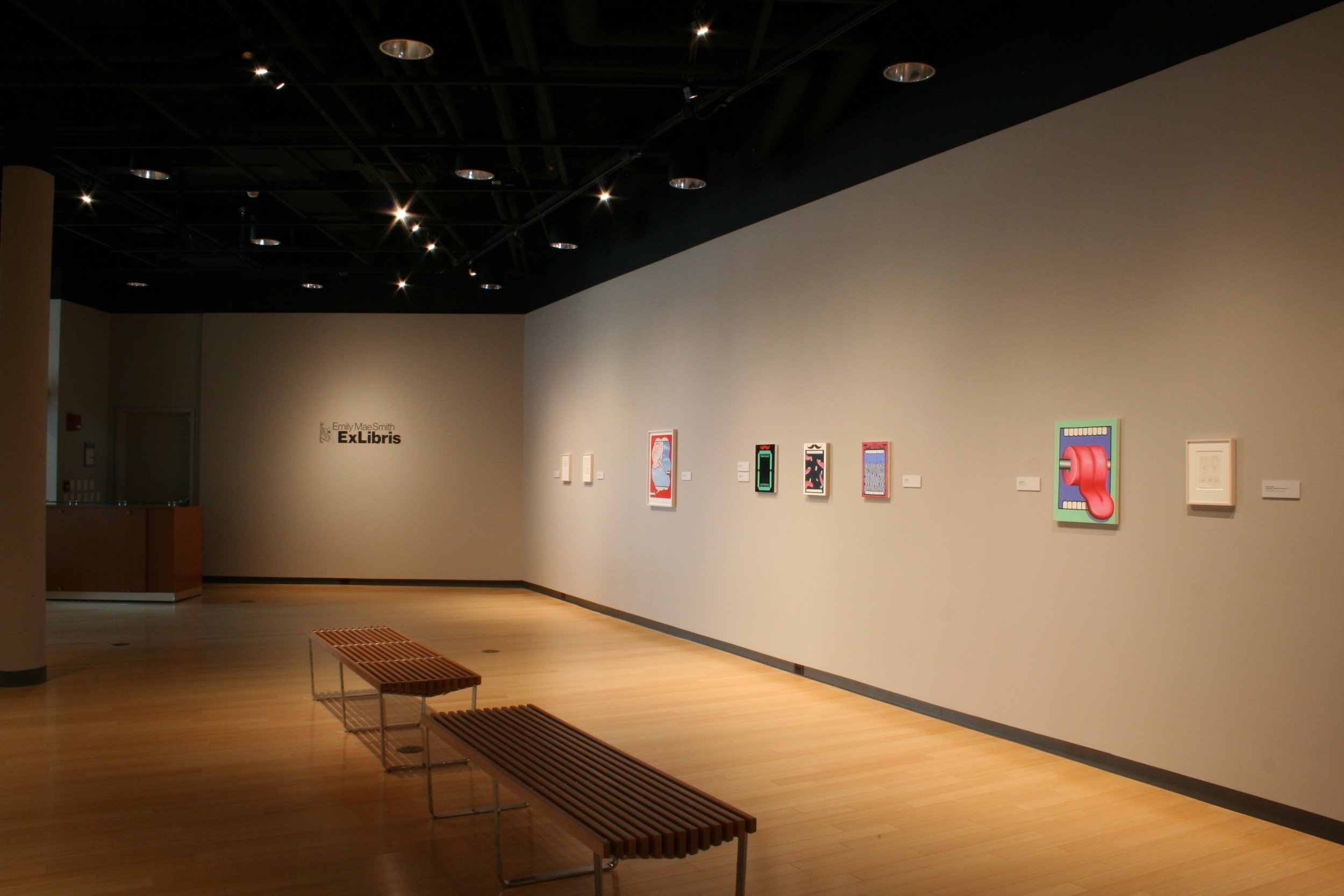 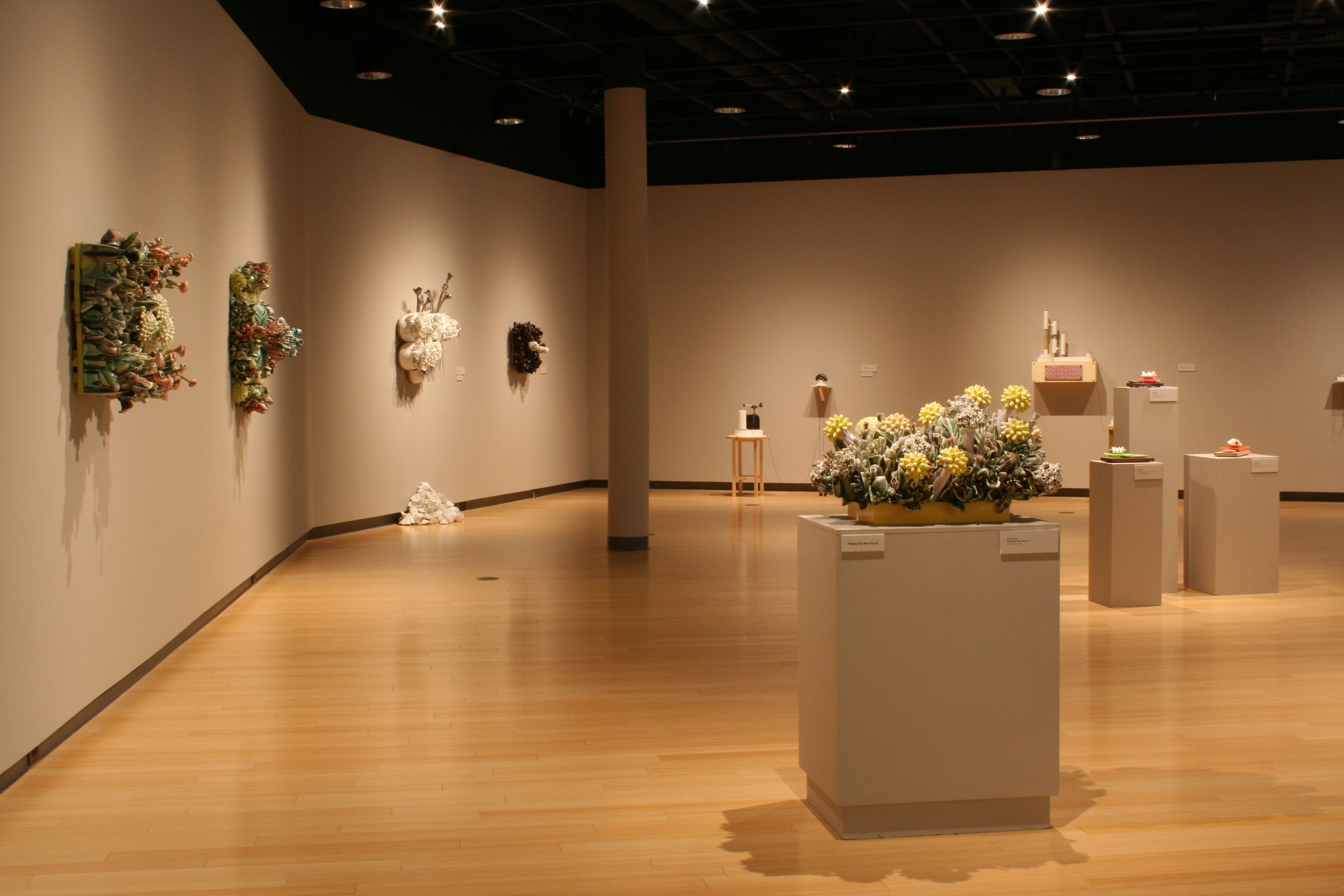 Susan Beiner’s wild and unruly botanical compositions contrast with Kwok-Pong “Bobby” Tso’s sleek machines and architectural models. Yet both ceramic artists create objects that are not what they seem. Works by Pong included 7 vessel-like forms from the Repress Series, 9 mixed media objects from the Tool Make Tool series, and 6 installations from the Moment of "Re"inventing-"Culture Assembly" series. Works by Beiner consisted of six porcelain reliefs, among them the eight-foot long Synthetic Reality, and one pedestal piece. 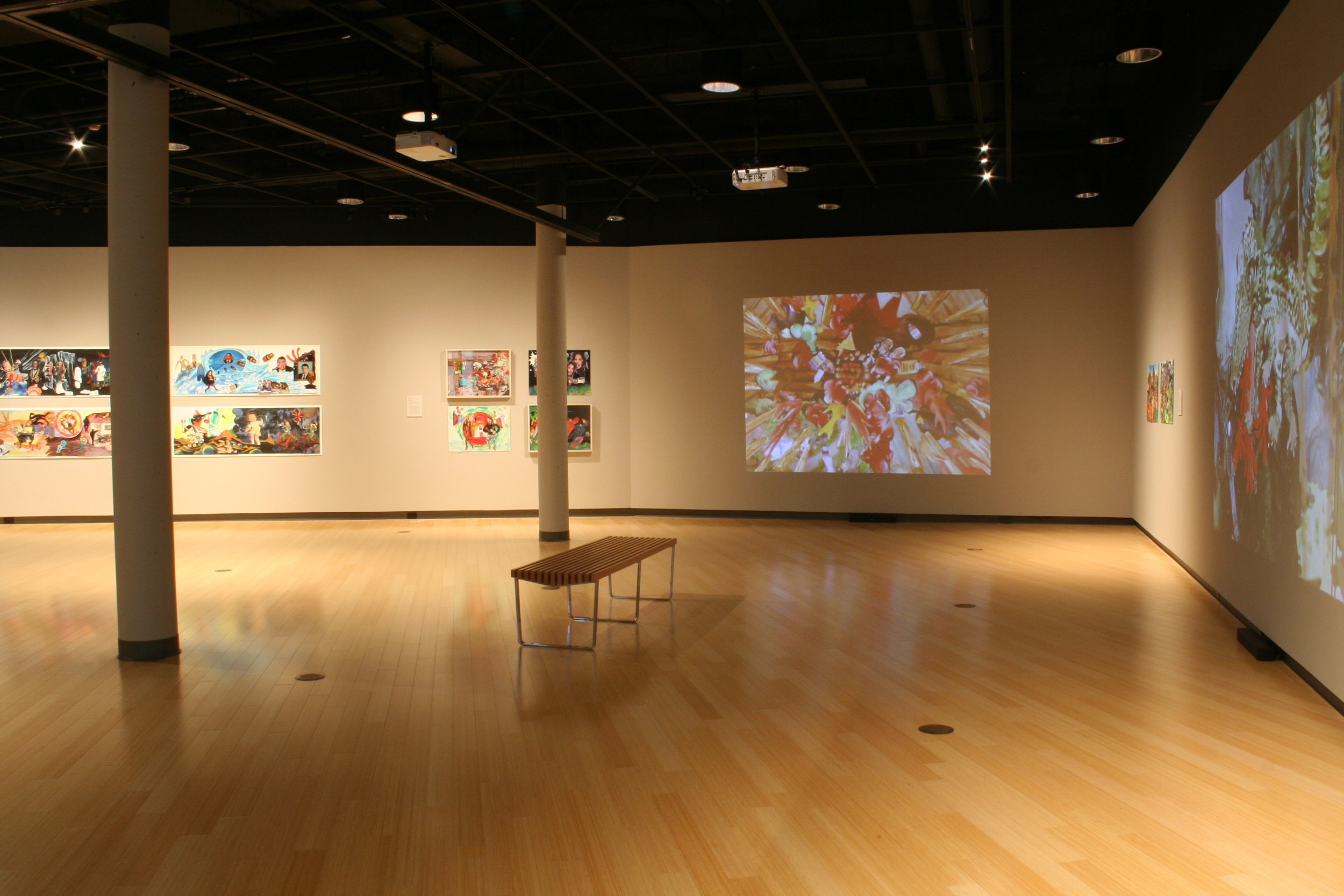 Martha Colburn crafts frenetic stop-motion films using puppets, collages, paint-on- glass techniques, and idiosyncratic music. With her “surrealist satires” and “reimagined histories” Colburn addresses serious topics such as oppression, war, violence, and drug addiction. The exhibition included the animations Join the Freedom Force, Western Wild…or how I found Wanderlust and met Old Shatterhand’, Triumph of the Wild, Dolls vs Dictators, and Myth Labs together with collages created by Colburn for the films. 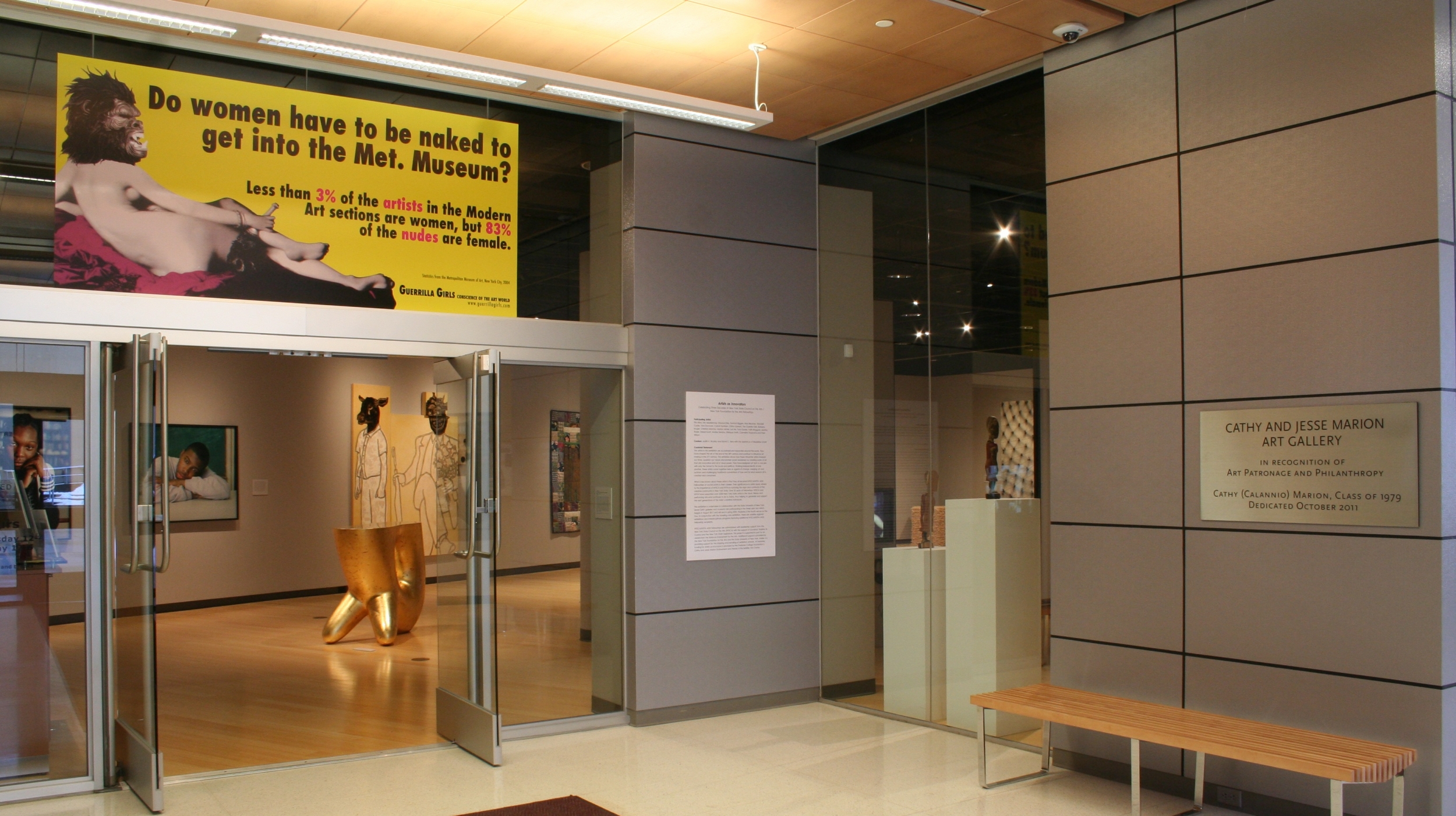 Artists as Innovators: Celebrating Three Decades of NYSCA/NYFA Fellowships
Organized by organized by the New York Foundation for the Arts
January 22 – March 10, 2019
Catalog published by NYFA 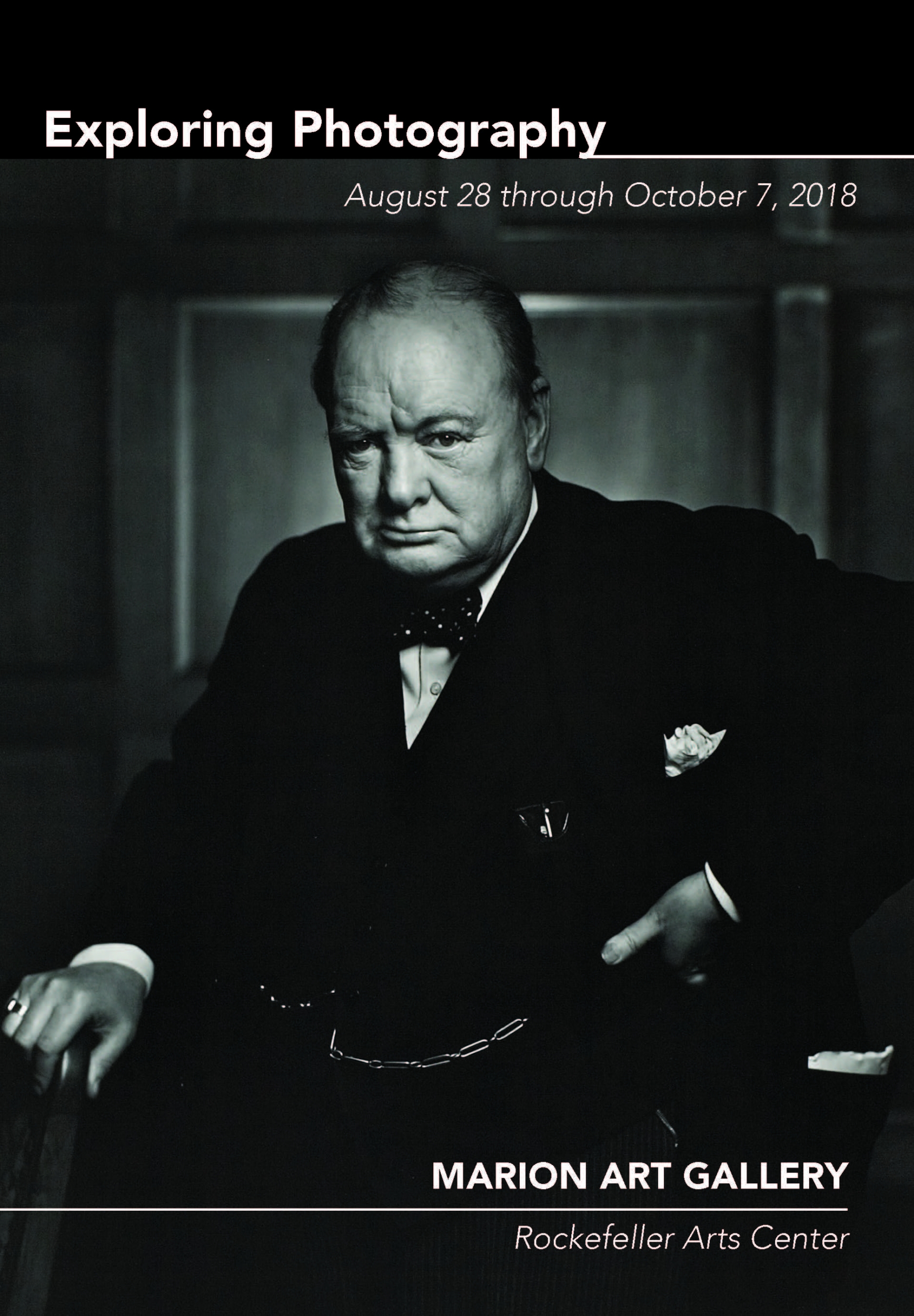 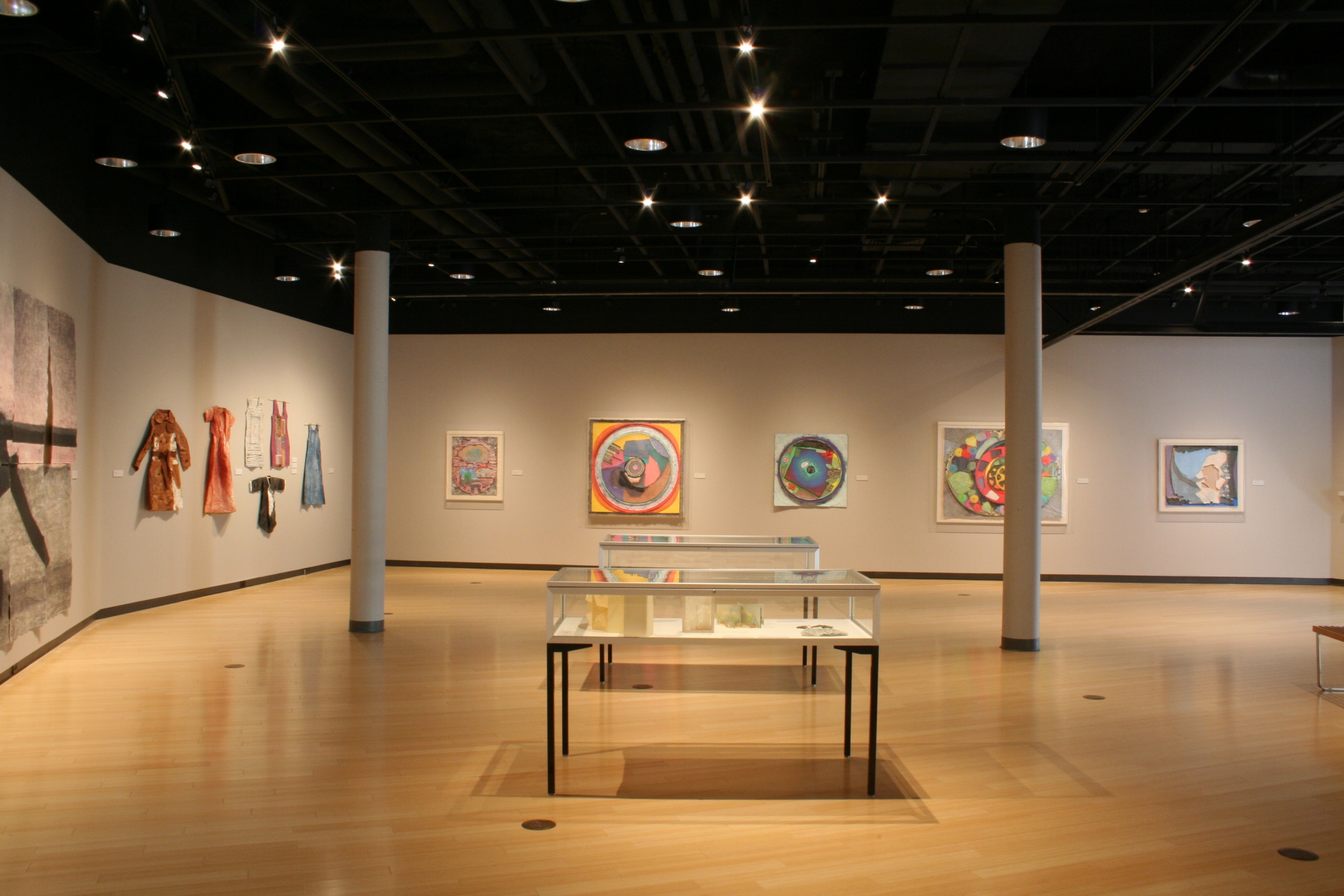 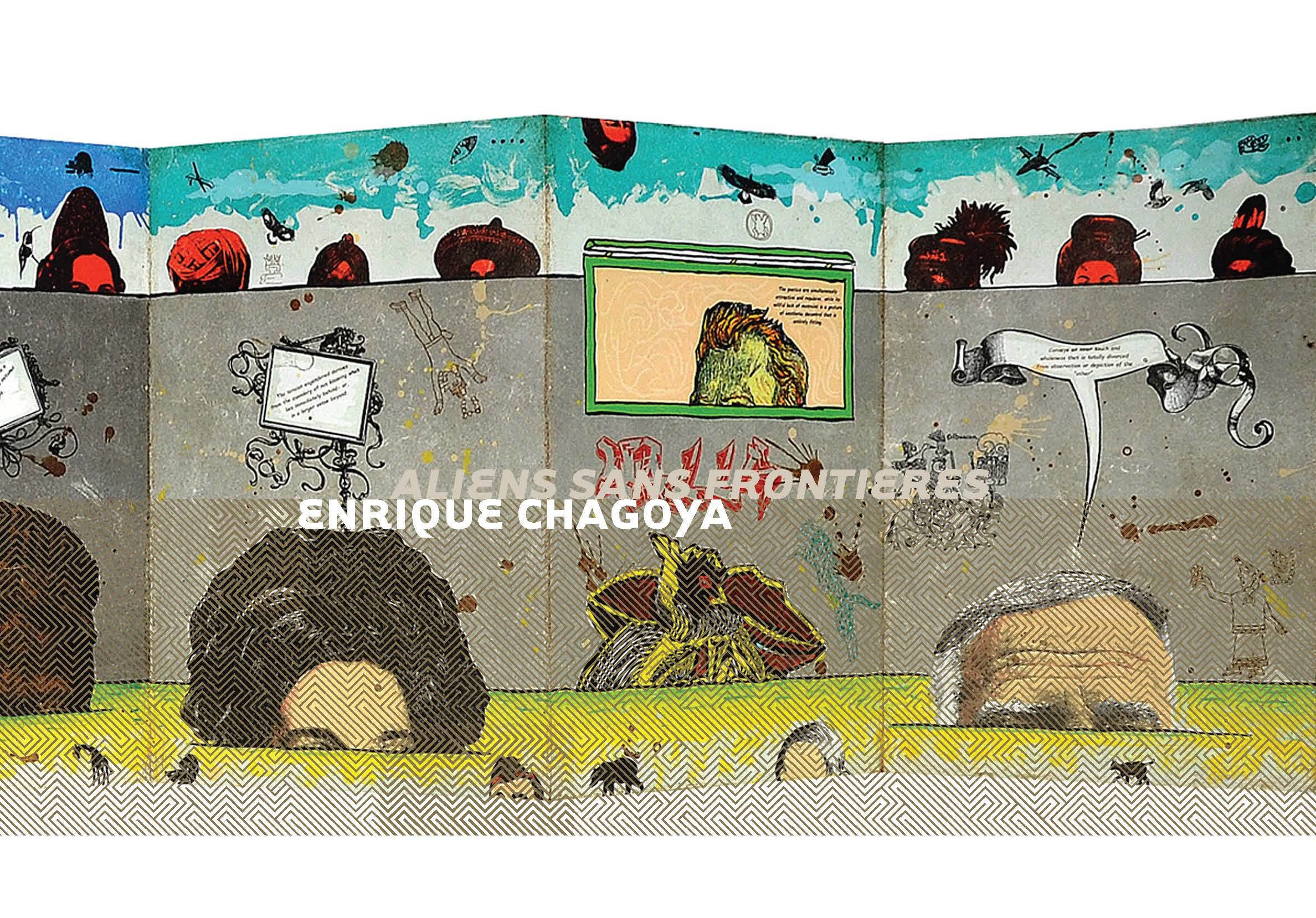 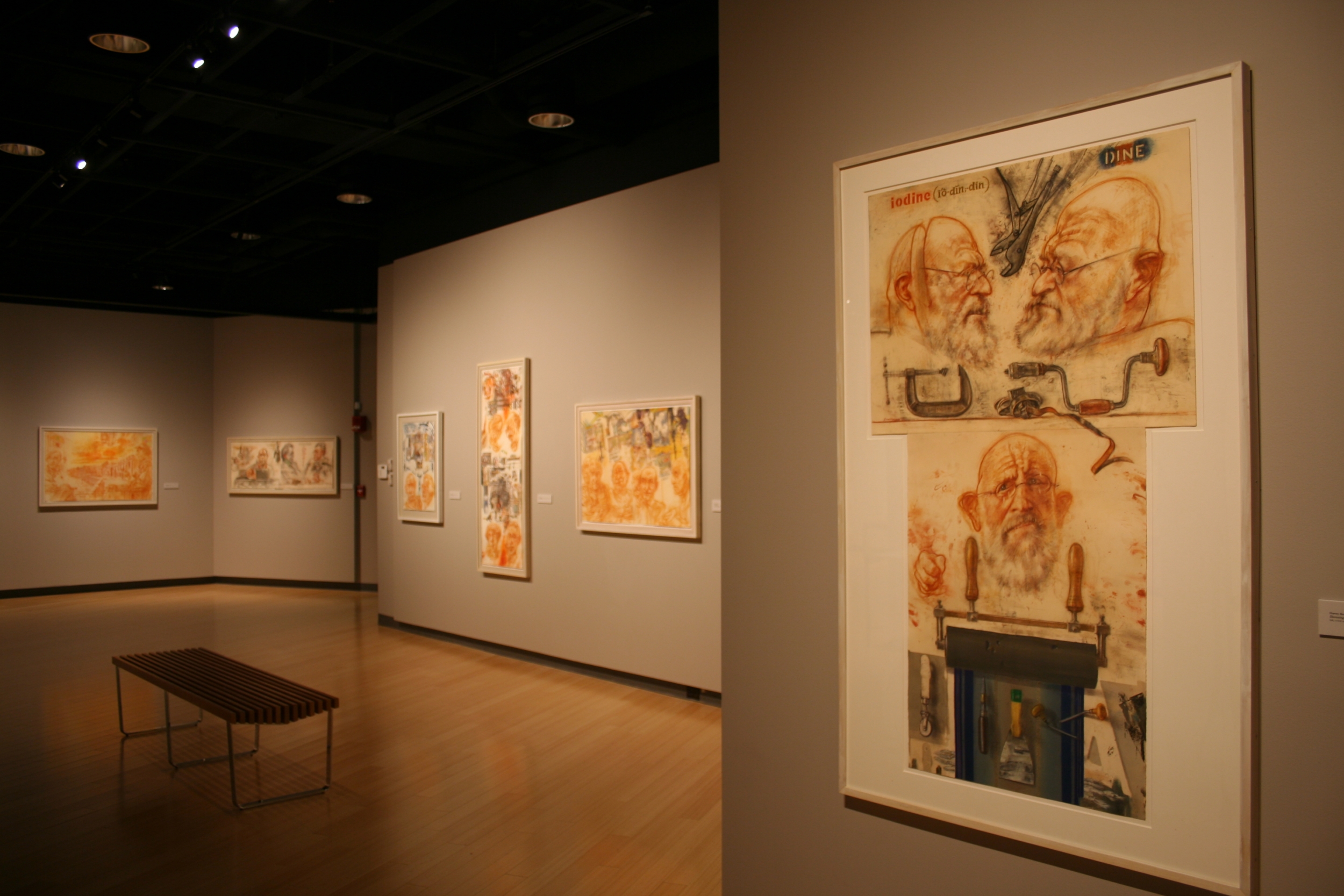 This exhibition featured forty-eight portraits of famous writers, poets and artists, as well as architectural scenes from cities around the world, by University at Buffalo Distinguished Professor Emeritus Harvey Breverman. His recent large drawings utilize montage and assemblage to create unpredictable and idiosyncratic juxtapositions. 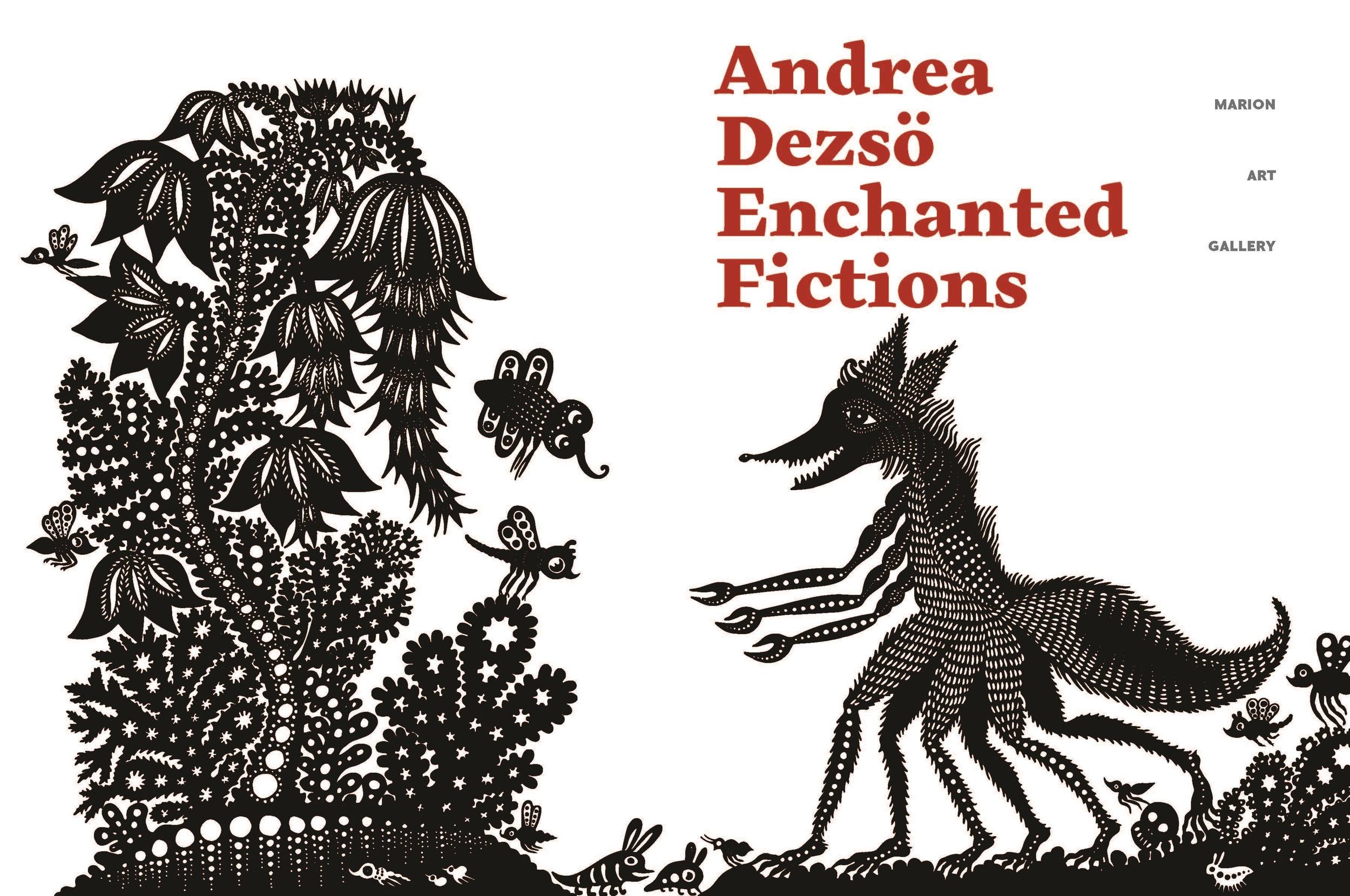 While growing up in the harsh communist regime of Romania Andrea Dezsö began creating her own worlds filled with wishful flights to charmed lands of dark beauty and haunting iconography. Her multi-layered tunnel books, whimsical lithographs, and silhouette illustrations blend folklore with a personal vision and contemporary sensibility. Lenders were Andrea Dezsö and Pucker Gallery, Boston. Curated by Jill Johnson, Associate Professor of Animation and Illustration and Dr. Leesa Rittelmann, Associate Professor of Art History. 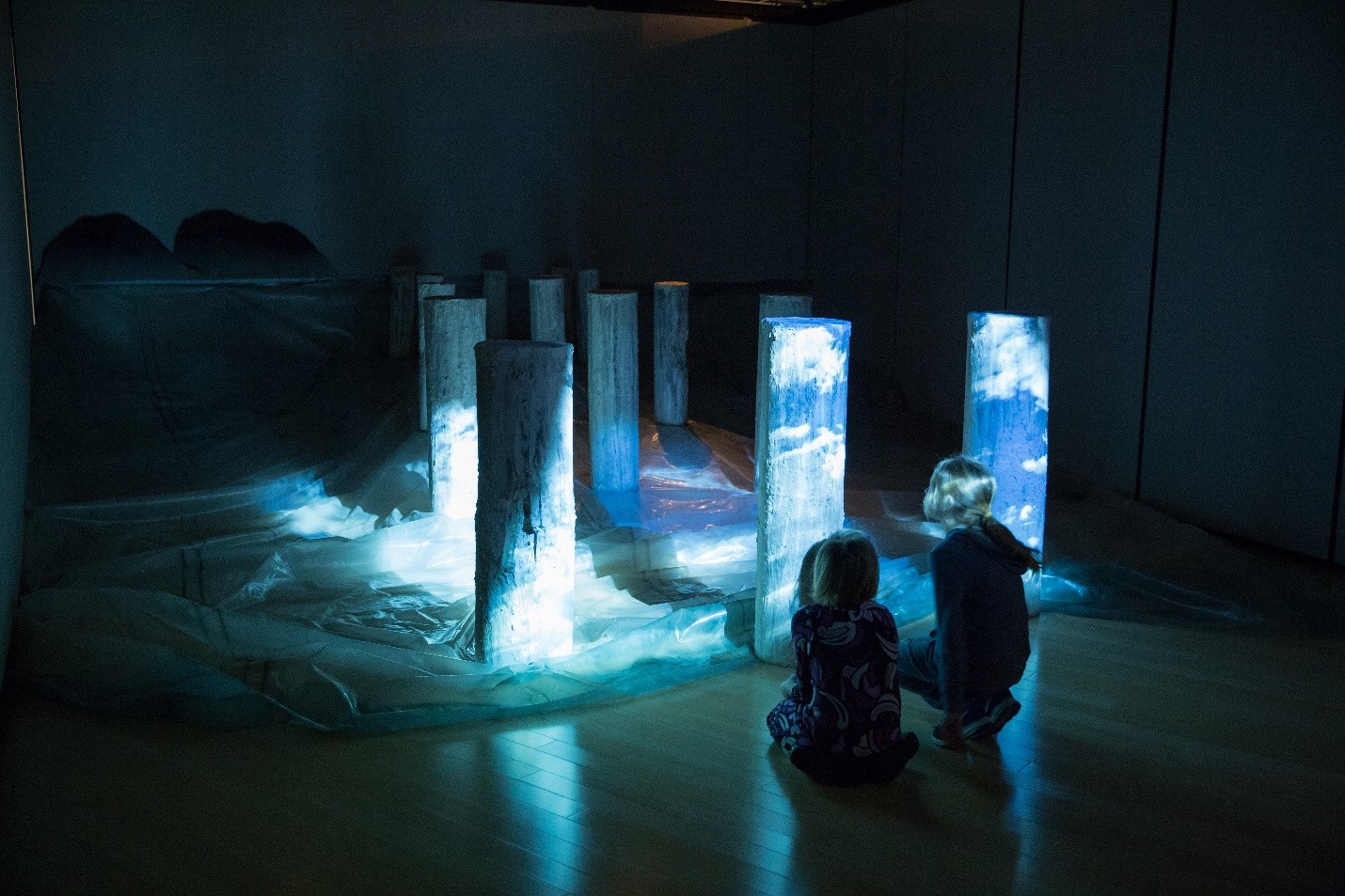 Out of Step touched on the extraordinary environmental challenges of the moment. On another plane it contained a personal interrogation, examining the inherent paradox of being an artist activist, where the very undertaking of creativity can add to the ecological toll of life. Das Gupta’s large-scale, mixed media and ceramic installation In Hindsight is about manmade dead zones like the floating trash island in the Gulf of Mexico. It was also influenced by the prediction that by 2050 there will be more plastic in the oceans than living creatures. Das Gupta juxtaposed the installation with a series of intimate pieces referencing the many ironies of the Chernobyl disaster zone, irradiated and human free, yet verdant, and full of life. 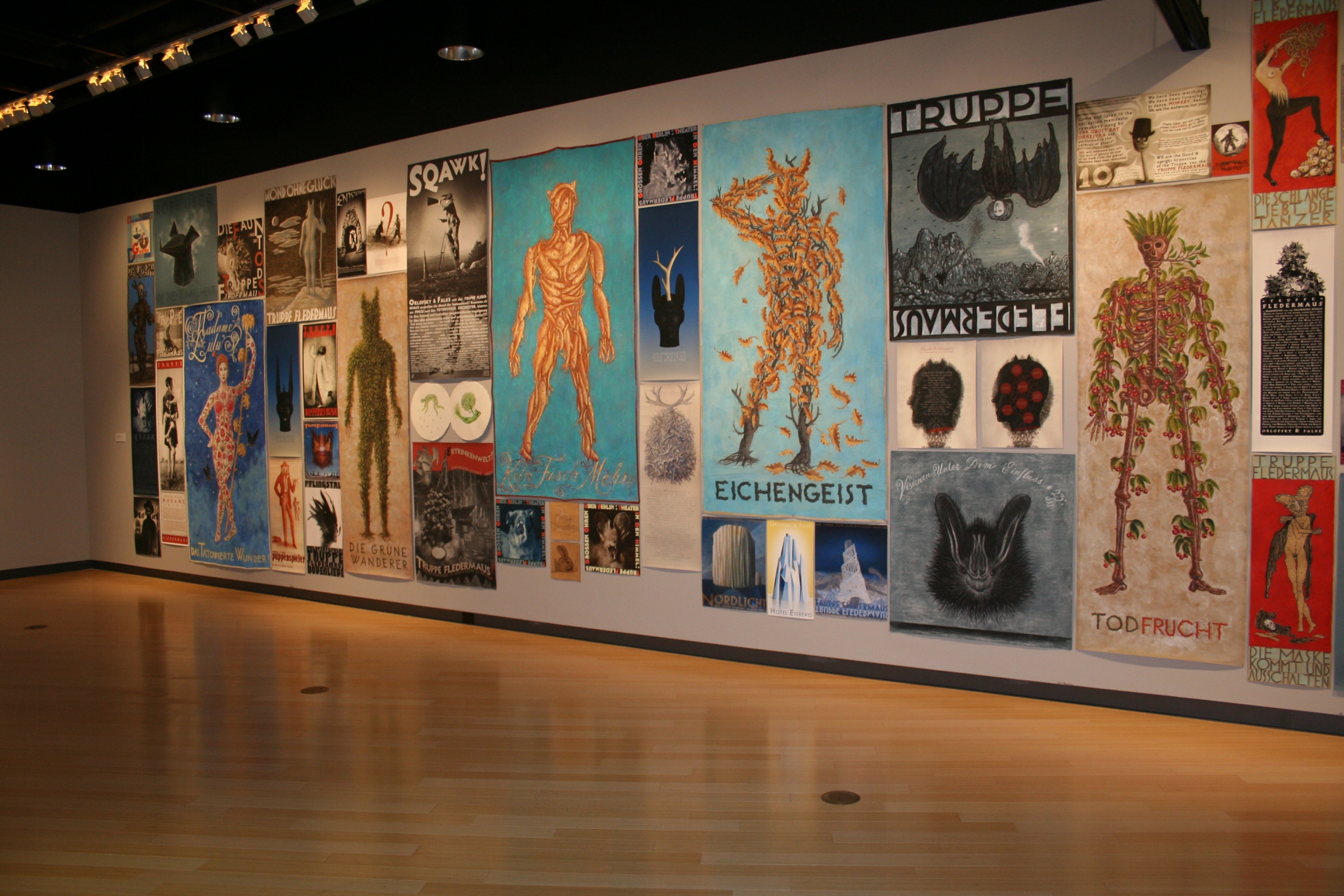 75 arched-top, black and white and color photographs dating from 2012 to 2015 and three large format photographs from Dreams of a Drowning World. A wall of posters, both drawings and prints, advertised the fictitious troupe. The exhibition also featured Kahn & Selesnick’s latest book projects. A book mockup and page layouts gave visitors an opportunity to consider the process of designing and publishing art books. Nicholas Kahn and Richard Selesnick are a collaborative artist team who have been working together since they met while attending art school at Washington University in St. Louis in the early 1980s. Both were born in 1964, in New York City and London respectively. They work primarily in the fields of photography and installation art, specializing in fictitious histories set in the past or future. 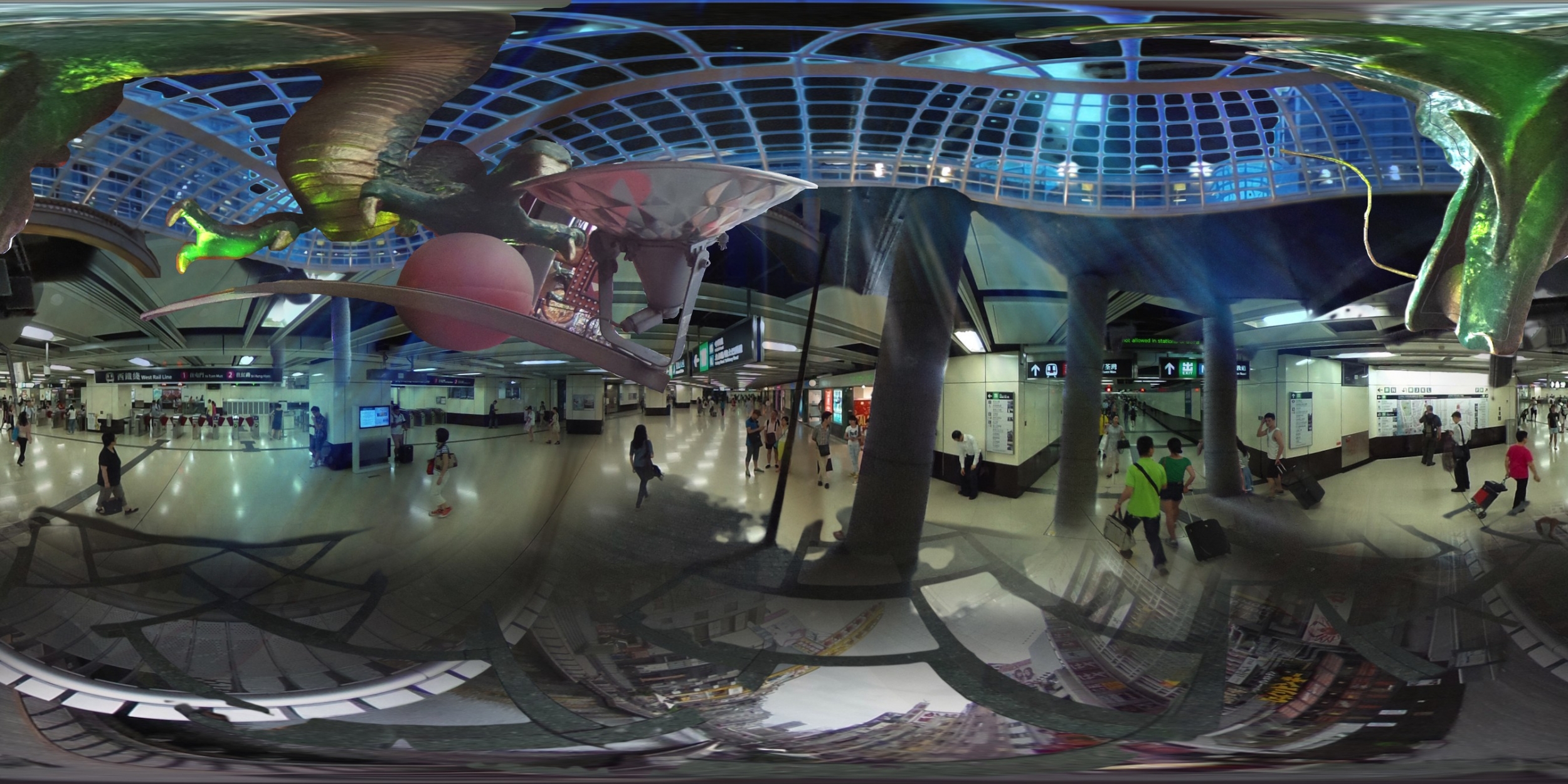 Near and Far consisted of a selection of site-based digital, interactive and video artworks created by Sala Wong and Peter Williams between 2007-2015. Each piece in the show depicted the inevitability of change and the immensity of closeness. The artists’ ongoing research into urban spaces and information culture explores how we recalibrate ourselves to globalized, conglomerate realities and how the notion of "immediate surroundings" is changing in the age of augmented reality and locative media. 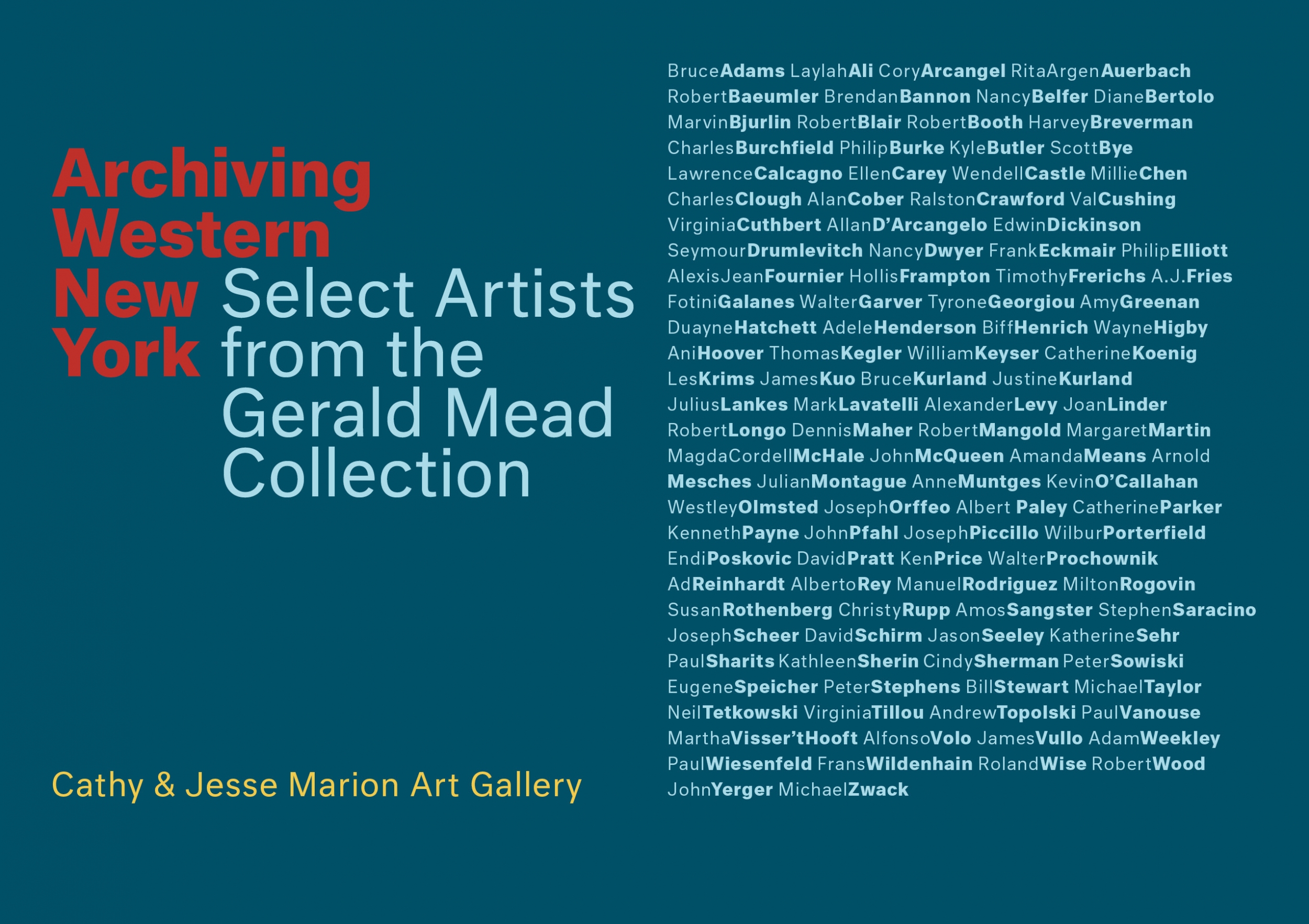 The exhibition included 112 works in an array of mediums by 112 artists including: Laylah Ali, Charles Burchfield, Allan D’Arcangelo, Nancy Dwyer, Robert Longo, Ken Price, Robert Mangold, Magda Cordell McHale, Ad Reinhardt, Susan Rothenberg, Cindy Sherman, and Martha Visser’t Hooft. Over the past thirty-three years Mead has enthusiastically amassed a collection of over 1000 works of art by over 900 artists who are associated with Western New York through birth or residency. 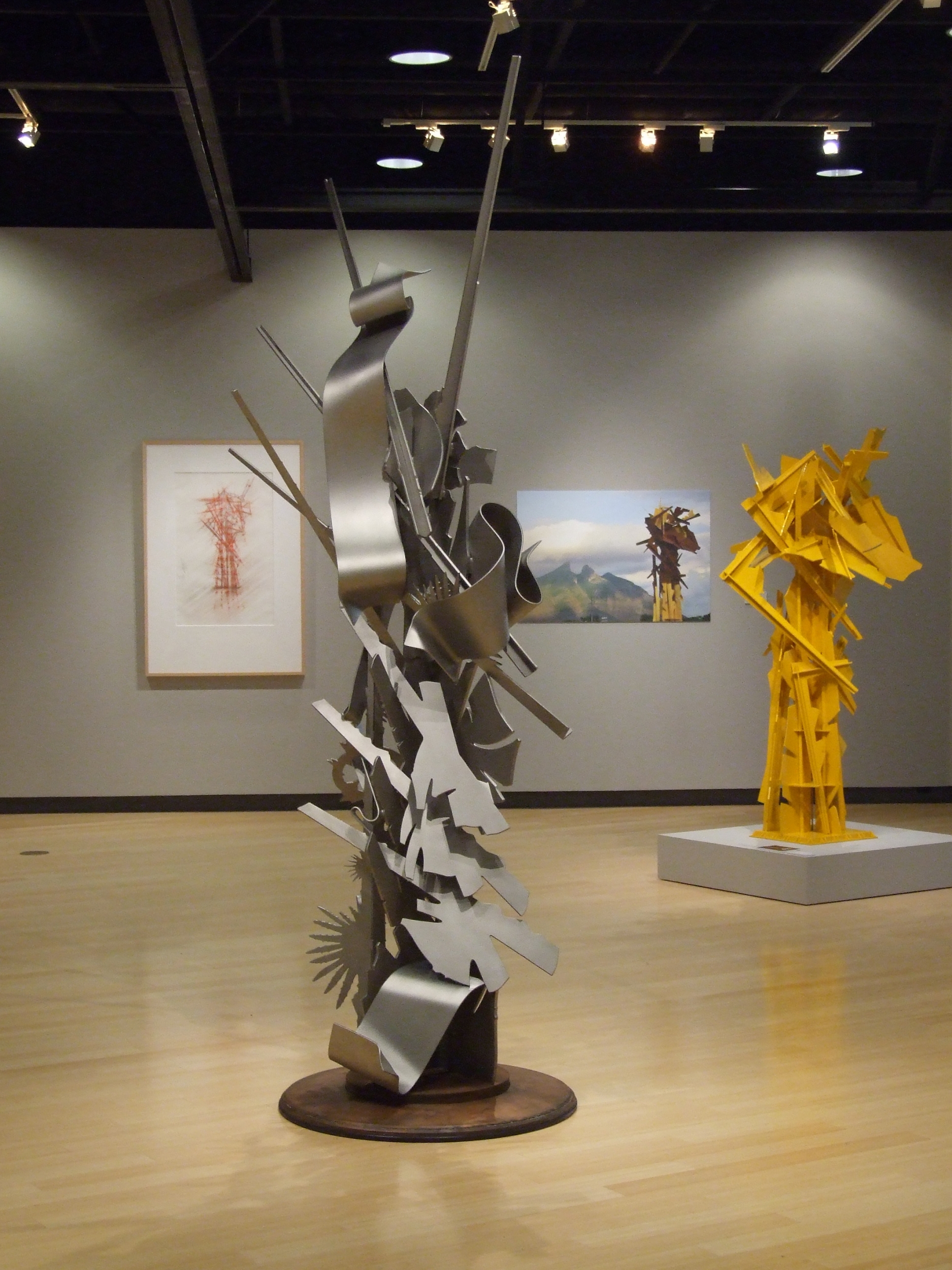 The exhibition included cardboard and steel maquettes for projects that span ten years: Tribute to Volunteerism, 2004, Lake Mirror Park, Lakeland, Florida; Evanesce, 2009, Monterrey, Mexico; Makalii, 2012, University of Hawaii at Hilo; Regeneration, 2013, Cedar Rapids Public Library, Iowa; and Progression, one of thirteen monumental sculptures Paley created over a period of only two years for Manhattan’s 2013 Sculpture on Park Avenue program. Paley began his career as a goldsmith. In 1974 he was propelled to the national spotlight after creating a forged gate for the Smithsonian’s Renwick Gallery. He has since become internationally recognized after more than fifty site-specific works, two PBS documentaries, twenty major publications, and inclusion in permanent collections of major museums across the United States and Europe.