International Distinguished Professor of Composition, Dr. Chen Yi, will be in residence during the Fall 2022 and Spring 2023 semesters as the Inaugural Sorel Visiting Artist 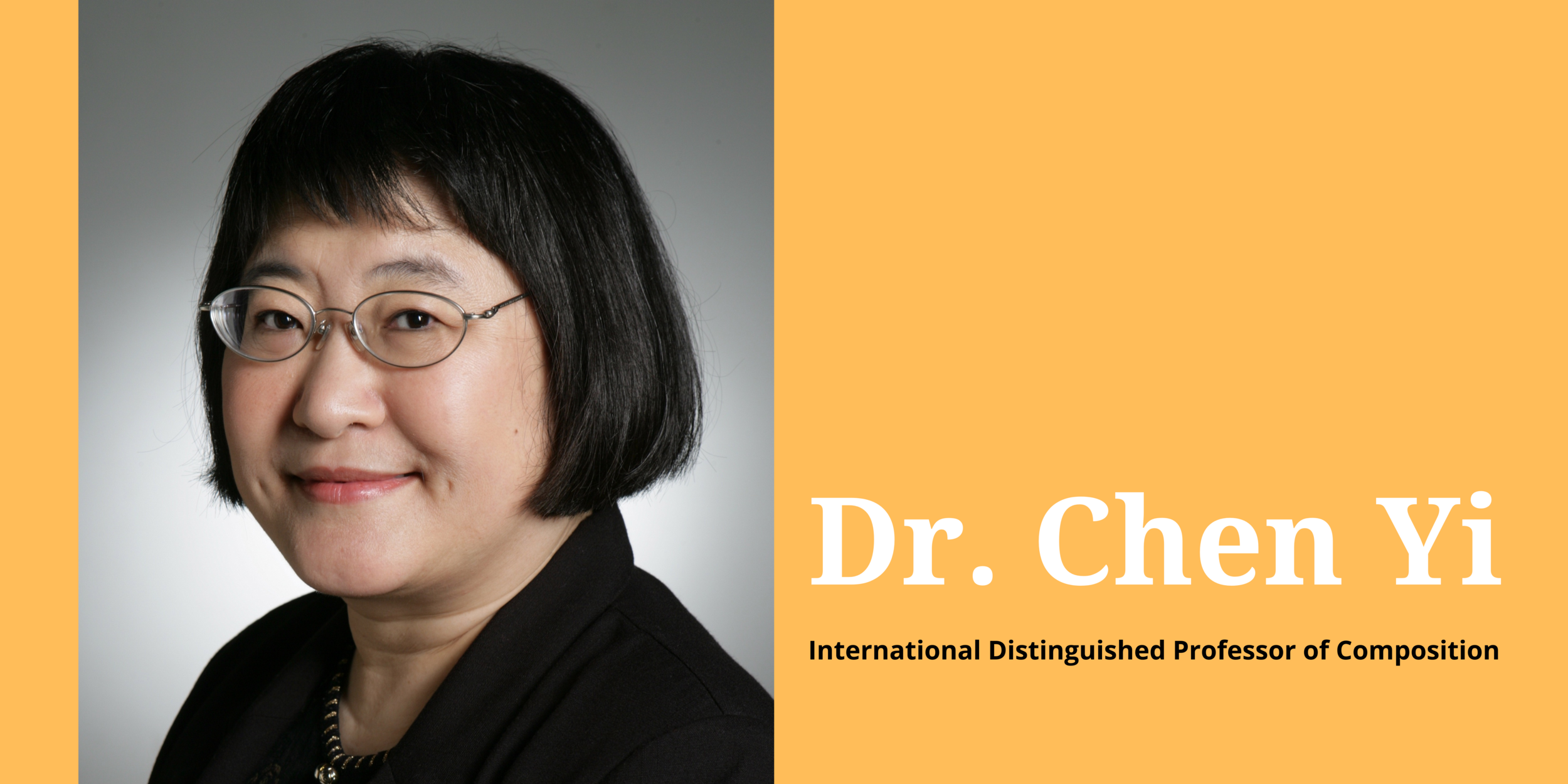 Internationally acclaimed composer Dr. CHEN YI visits SUNY Fredonia as the Inaugural Sorel Visiting Artist. A native of China, Dr. Chen’s music features a vibrant interaction of the cultural references of both her youth in China and her career in the United States. She will be on campus in September 2022, and again in February 2023 to engage the campus and community through performances of her work, panel discussions, workshops, and more.

Born in Guangzhou, China, Dr. Chen transcends musical and cultural boundaries in her blending of Chinese and Western traditions. Dr. Chen’s music has been commissioned and performed by many of the greatest artists and ensembles of our time including Yehudi Menuhin, Yo-Yo Ma, Evelyn Glennie, the Cleveland Orchestra, the BBC and Singapore Orchestras, the Seattle, Pacific and Kansas City Symphonies, and LA Philharmonic, the Staatskapelle Dresden and the St. Paul Chamber Orchestra. Recent commissions have included works performed by the Guangzhou Symphony, Hawaii Symphony, American Guild of Organists, China National Center for the Performing Arts, the Fifth Hong Kong Piano Competition, and the Chicago Center for Contemporary Music. Her music has been recorded on many labels including Naxos, Albany, Teldec, and the China Record company, among others.

Dr. Chen was elected to the American Academy of Arts and Letters in 2019, has served on the faculty of the Peabody Conservatory and is currently a Distinguished Professor at the University of Missouri Kansas City Conservatory of Music. She has received fellowships from the Guggenheim Foundation and the National Endowment for the Arts, the Lieberson Award from the American Academy of Arts and Letters, the Charles Ives Living Award, First Prize in the Chinese National Composition Contest, The Chamber Music Society of Lincoln Center’s Stoeger Prize, the Lili Boulanger Award from the National Women Resource Center, the Herb Alpert Award, the Eddie Medora King Award, and the ASCAP Music Award.

A strong advocate for new music, American composers, Asian composers, and women in music, Chen Yi has served on the advisory or educational board of the Fromm Foundation, Chamber Music America, Meet the Composer, the American Music Center, the Guggenheim Memorial Foundation, and the Women’s Philharmonic Advocacy, among others.

Dr. Chen has made significant contributions to the field of music education in the United States and China and was appointed as Cheung King Scholar Visiting Professor at the Central conservatory in Beijing by China’s Ministry of Education in 2006, followed by a Distinguished Visiting Professorship at the Tianjin Conservatory. She established the first Beijing International Composition Workshop.

CHAMBER MUSIC RECITAL
featuring works by Dr. Chen, performed by Fredonia School of Music faculty members at Lenna Recital Hall on the grounds of the Chautauqua Institution. This event is ticketed.

Student attendance is free and adult admission is through the Chautauqua Box Office.

CHAMBER MUSIC RECITAL
(program will be the same as the 9/15 recital at Chautauqua, see above)

Other activities of Dr. Chen’s visit will include:

Events are free and open to the public

These events are possible thanks to a generous gift from The Sorel Charitable Organization, Inc. and in collaboration with Chautauqua Institution.