These events have been coordinated by members of the faculty and staff to complement this year's keynote address and theme.  They allow us to keep the discussion going throughout the year.  Should you have any questions about a particular event, please reach out to the person(s) indicated as the coordinator. 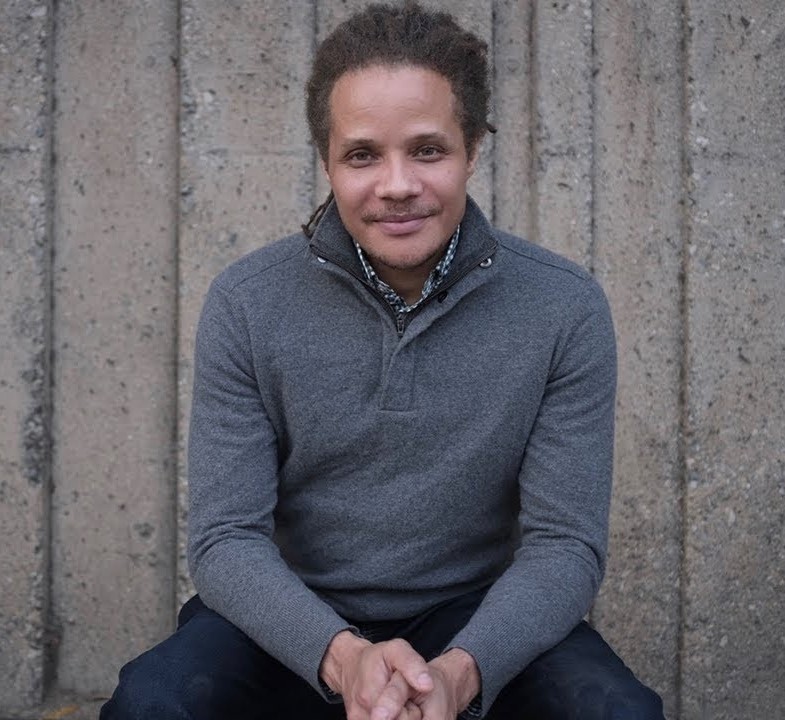 Jamel Brinkley, author of A Lucky Man (finalist for the National Book Award and Story Prize), will visit the campus to share his work.  According to NPR’s review, Brinkley’s work “brilliantly examines” masculinity, “questioning our expectations of it, and criticizing its toxicity—and somehow managing to do all of that with love…. It also deals in family relationships, love, aging, loss, and disappointment...while also conveying versions of black male experience.” The event will consider how creative writing informs and is informed by social topics, dialogues across differences, and relations between art and activism.  Contact: Michael Sheehan

“ACT UP Locally: ACT UP Western New York in Conversation” – a panel of former members of the Western New York chapter of ACT UP will give live oral histories that touch upon regional issues of activism and social change, past and present.  They will focus particularly on LGBTQ and feminist issues and answer questions from the audience. Historical video footage, photographs, and other materials such as protest signs, t-shirts, buttons, and newsletters will also be shown.  Known for their often theatrical and confrontational style of direct action protest, ACT UP (AIDS Coalition to Unleash Power) is one of the most impactful activist and advocacy organizations in U.S. history, scoring major victories for persons with AIDS in the way of legislation, medical and scientific advances, media representation, and overall cultural awareness.  ACT UP Western New York was founded in Buffalo, New York in 1989 and existed until 1994. Local activists learned how to effectively engage in HIV/AIDS advocacy in a mid-sized, Rust Belt, and predominantly Catholic city such as Buffalo.   Contact: Jeff Iovannone 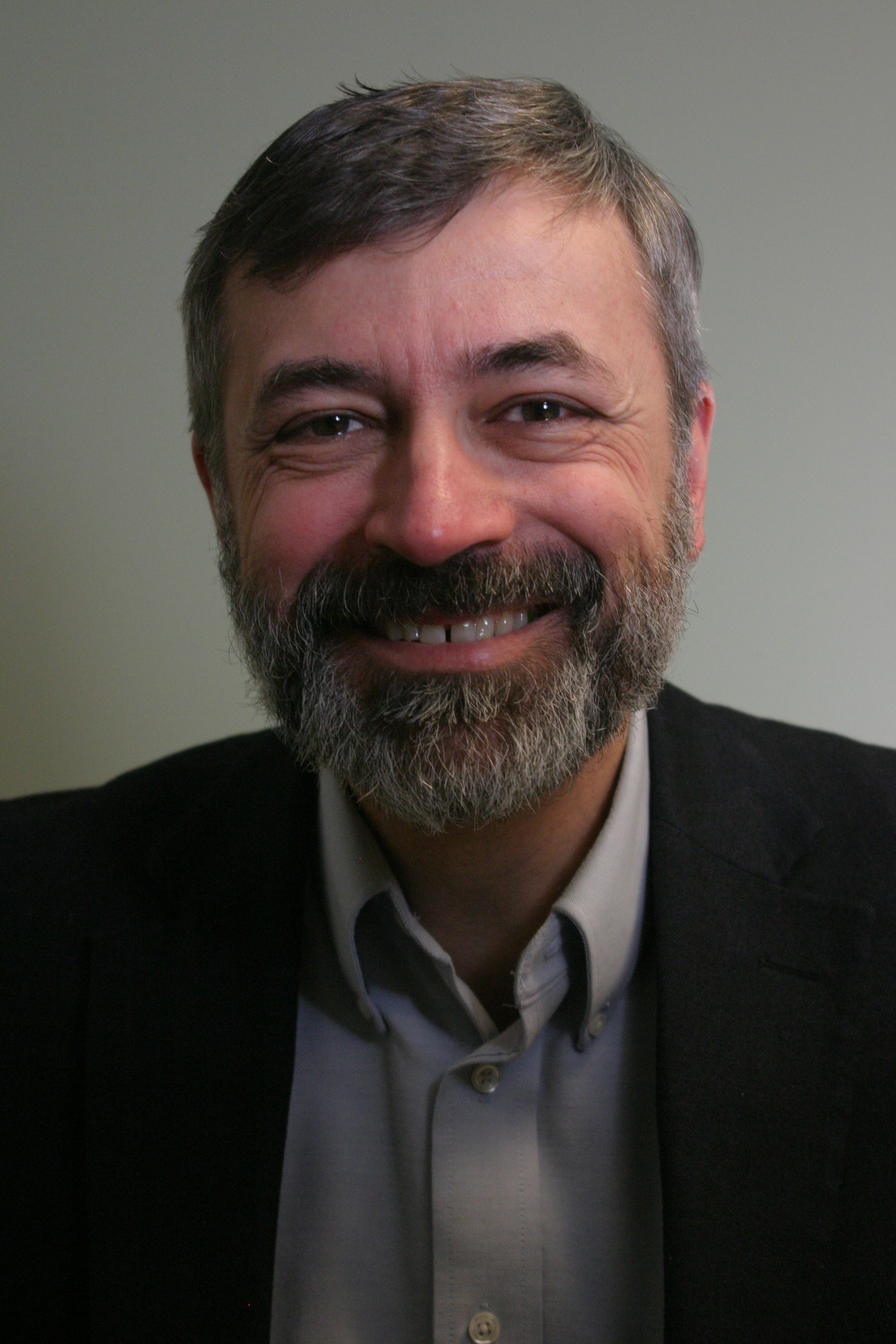 Jim D'Aloisio, a practicing structural and building envelope engineer, will present a three-part lecture entitled "Responding to Climate Change: Reality, Action, and Hope" as part of this year's convocation events series. In Part 1, "Where We Are," D'Aloisio will discuss the current state of our changing climate, taking an objective look at the verifiable facts of anthropogenic climate change (ACC), including recent data and trends. He will attempt to put the variety of public opinions in perspective. Part 2, "What to Do," will break down various options for action into personal, professional, and political, focusing on actions that may be most effective in addressing ACC. Part 3, "Reason for Hope," will provide an overview of some of the encouraging developments, both technological and political, that suggest that solutions to ACC are within our reach. D'Aloisio describes himself as a "conditional optimist"; his passion is developing and sharing strategies to reduce carbon emissions from the construction and operation of buildings. He is an Al Gore-trained Climate Reality presenter, and is involved with the Central NY Chapter of Citizens’ Climate Lobby. He has written over 20 articles and papers on climate change awareness and action and has developed and presented hundreds of times across the country, including several day-long workshops on Climate Action for Engineers. 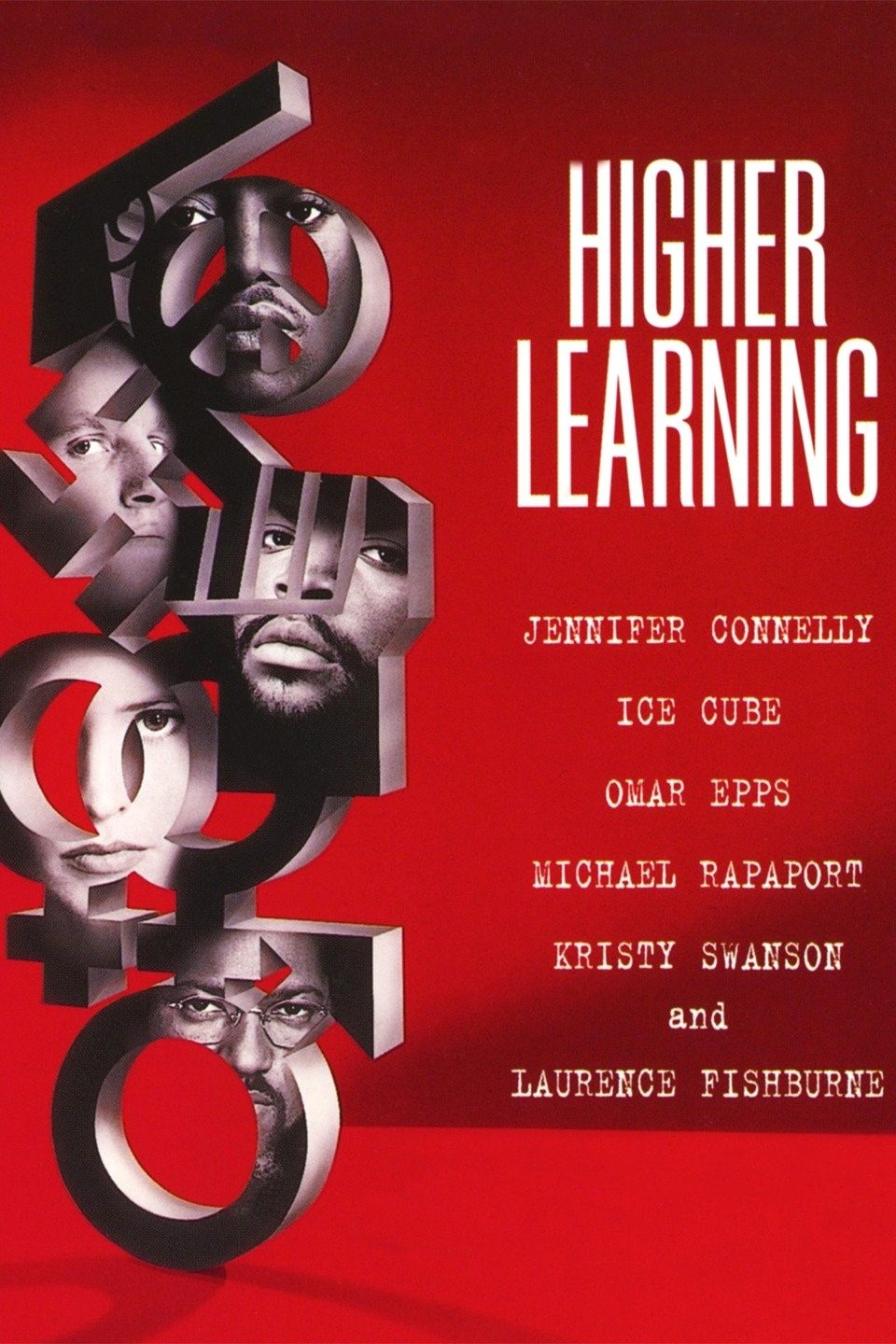 Bob Dahlgren and Ros Smith will examine what happens when “Hollywood Goes to College” by screening and leading discussion about three films, one in fall and two in the spring (see below for spring dates).  For their first exploration they will show Higher Learning (1995) on Thursday, November 14 at 7:30 pm in (TBA).   Higher education in the United States has come under greater scrutiny in the past few years, and in some cases, Hollywood has reinforced these criticisms.  Sociologists and cultural historians have long understood the power that narratives exert over the processes with which people make meaning of their everyday experiences.  This film series will give Fredonia faculty, students, staff and the wider community the opportunity to engage in critical reflection on the mission of the American university, college professors and, by extension, Fredonia in the 21st century. It is the organizers’ hope that these discussions will encourage participants to engage in change-oriented campaigns in order to advocate for increased support for public institutions of higher education. Contacts: Bob Dahlgren and Ros Smith. 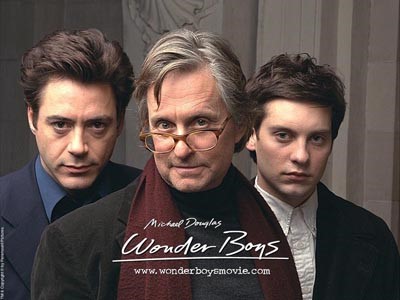 Bob Dahlgren’s and Ros Smith’s exploration of what happens when “Hollywood Goes to College” (see description above) will continue with the screening and discussion of Wonder Boys (2000).  It is the organizers’ hope that these discussions will encourage participants to engage in change-oriented campaigns in order to advocate for increased support for public institutions of higher education. Contacts: Bob Dahlgren and Ros Smith.

The Writers@Work series offers a suite of events that engage current and prospective students in discussions about creating the change that they wish to see in their own lives and in the world around them.  This year, we have been fortunate to secure a visit from Joshua Schneider in addition to the group visit described below, scheduled for April 2-3.  Josh looks forward to interacting with current and prospective students, from every major, all of whom crave meaningful work that aligns with their intrinsic values and all of whom wish to bring their professional and personal selves to the next level. Josh has been featured on Under30CEO, CEOhour, LinkedIN Pulse and others and has published three books.  Contact: Natalie Gerber

From April 2 through April 4, Writers@Work presents a residency, "Young Alumni: Change Makers," which features four young alumni pursuing meaningful change in global politics, civic engagement, youth empowerment, inclusion, and LGBTQ rights.  Each has a powerful story to tell demonstrating how a few people can create significant change; importantly, each can also share SUNY Fredonia's role in their journey to becoming change makers in their fields.

“Be the Change” – evening panel discussion with all four alumni discussing their current projects, elaborating upon how they got started and how SUNY Fredonia helped them get there, and taking questions about how to turn a big idea into a practical reality. Reception to follow.

Friday, Apil. 3, 9:00-12 noon, location TBA
“Write Your Way Out” - three-hour intensive sequence of 45-minute mini-workshops by each speaker keyed to how they have used writing and oral communication to create change. (By invitation only.) 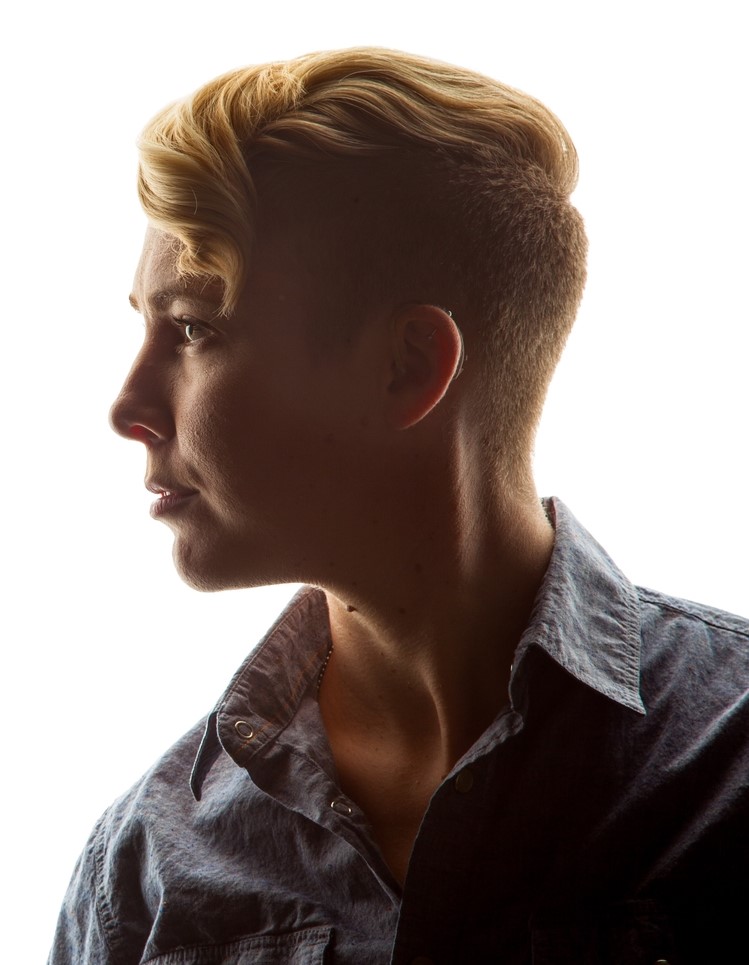 Meg Day, author of Last Psalm at Sea Level, will visit the campus to share their work.  Day’s poetry navigates queerness and disability, as well as “in-betweenity,” straddling lines of identity and gender “and it blurs into disability, too,” Day has said, “where I’m not culturally Deaf despite my deep investment and involvement in Deaf culture.” Day’s work examines the inherent violence of queer identity in public spaces.  Day says “I am very hesitant to be read as something that I’m not both because of the violence that might do and also in the ways in which it feels very violent to me.”  The event will consider how creative writing informs and is informed by social topics, dialogues across differences, and relations between art and activism.  Contact: Michael Sheehan 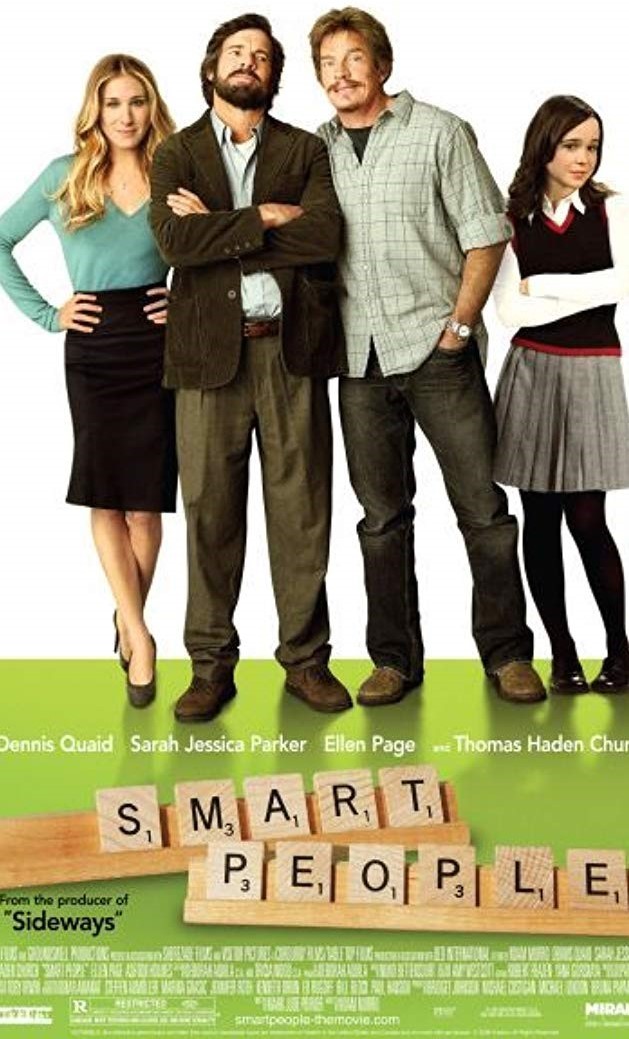 Bob Dahlgren’s and Ros Smith’s exploration of what happens when “Hollywood Goes to College” (see description above) closes with the screening and discussion of Smart People (2008).  It is the organizers’ hope that these discussions will encourage participants to engage in change-oriented campaigns in order to advocate for increased support for public institutions of higher education. Contacts: Bob Dahlgren and Ros Smith.