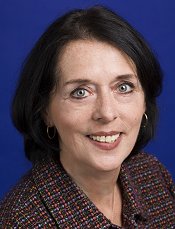 In the spring of 1978, a 27 year-old housewife named Lois Gibbs discovered that her child was attending an elementary school built on top of a 20,000 ton, toxic-chemical dump in Niagara Falls, New York.  Out of desperation, she organized her neighbors into the Love Canal Homeowners Association and struggled more than 2 years for relocation.  Opposing the group’s efforts, though, were the chemical manufacturer, Occidental Petroleum, local, state and federal government officials who insisted that the leaking toxic chemicals, including dioxin, the most toxic chemical known to man, was not the cause of high rates of birth defects, miscarriages, cancers and other health problems.  Finally, in October 1980, President Jimmy Carter delivered an Emergency Declaration, which moved 900 families from this hazardous area and signified the victory of this grassroots movement.

Once families were relocated from Love Canal, Lois’s life was changed forever.  During the crisis, she received numerous calls from people across the country who were experiencing similar problems.  This revealed to her that the problem of toxic waste went far beyond her own backyard.  She became determined to support these grassroots efforts. 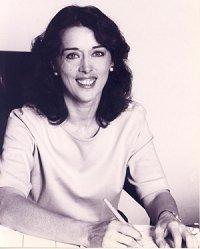 In 1981, now a single parent, with two children and $10,000, Lois left Niagara Falls for the Washington, DC area to establish a national organization to help families living near other Love Canal-like sites.  Many doubted her ambitious goal to guild a movement – even her mother told her as she drove away “you’re forgetting you’re just a house wife with a high school education”.  Lois knew she was no longer the innocent housewife of the past – but had become a sophisticated advocate of human rights and justice.

That same year, in 1981, Lois created the Center for Health, Environment and Justice, (CHEJ) (formerly Citizens Clearinghouse For Hazardous Wastes), an organization that has assisted over 10,000 grassroots groups with organizing, technical, and general information nationwide.

Today, Lois serves as Executive Director of CHEJ and speaks with communities nationwide and internationally about dioxin and hazardous waste pollution.  As the author of Achieving the Impossible, 2008, Stories of Courage, Caring and Community she illustrates how ordinary people are creating extraordinary changes in their communities.  The stories in this book illustrate how people have stepped forward and come together to meet the challenges facing their families and communities, as well as celebrating people’s willingness to engage in our democratic system of government.  Love Canal The Story Continues, published in 1998, Lois brings the Love Canal story up to date and discusses the issues society faces today with chemical exposures.  Lois along with a network of grassroots groups initiated the Stop Dioxin Exposure Campaign and published Dying from Dioxin in 1995, to support local groups with the goal of eliminating the sources of dioxin exposure, a chemical she feared most at Love Canal.

Lois has been recognized extensively for her critical role in the grassroots environmental justice movement.  She has spoken at numerous conferences and has been featured in hundreds of newspaper articles, magazine, and textbooks.  Lois has appeared on many television and radio shows including 60 Minutes, 20/20, Oprah Winfrey, Good Morning America, The Morning Show and the Today Show.  CBS produced a 2 hour prime-time movie about Lois’s life entitled “Lois Gibbs:  The Love Canal Story” staring Marsha Mason.

Among the many awards she has received include the 1990 Goldman Environmental Prize, Outside Magazine’s “Top Ten Who Made A Difference Honor Roll,” in 1991, the 1998 Heinz Award, and the 1999 John Gardner Leadership Award from the Independent Sector, 2007 Business Ethics Network Individual Achievement Award for Outstanding Contribution to Corporate Ethics, 2008 Green Corps Environmental Leadership Award.  She has received honorary doctorates from the State University of New York (SUNY) Cortland College and Haverford College, Haverford, Pennsylvania.  She also sits on numerous Boards and Advisory Committees.  She lives in Virginia with her husband and 2 of her 4 children.