Discover a nurturing, inclusive environment that supports your individual passions and path in a setting that is now more affordable than the largest public institutions in Ohio and Pennsylvania!

Residents of Pennsylvania and Ohio are eligible for a $6,000 Good Neighbor Award (equally distributed $3,000 each semester) from Fredonia to reduce their out-of-state tuition.  This award is for all Pennsylvania and Ohio residents or those who attend their last two years of High School in PA or OH; and who do not qualify for in-state tuition in New York. This award is renewable for all four years at Fredonia to increase the affordability of a college education.

Not only is Fredonia more affordable, it's also closer than you think! We're just a short drive along Interstate 90! 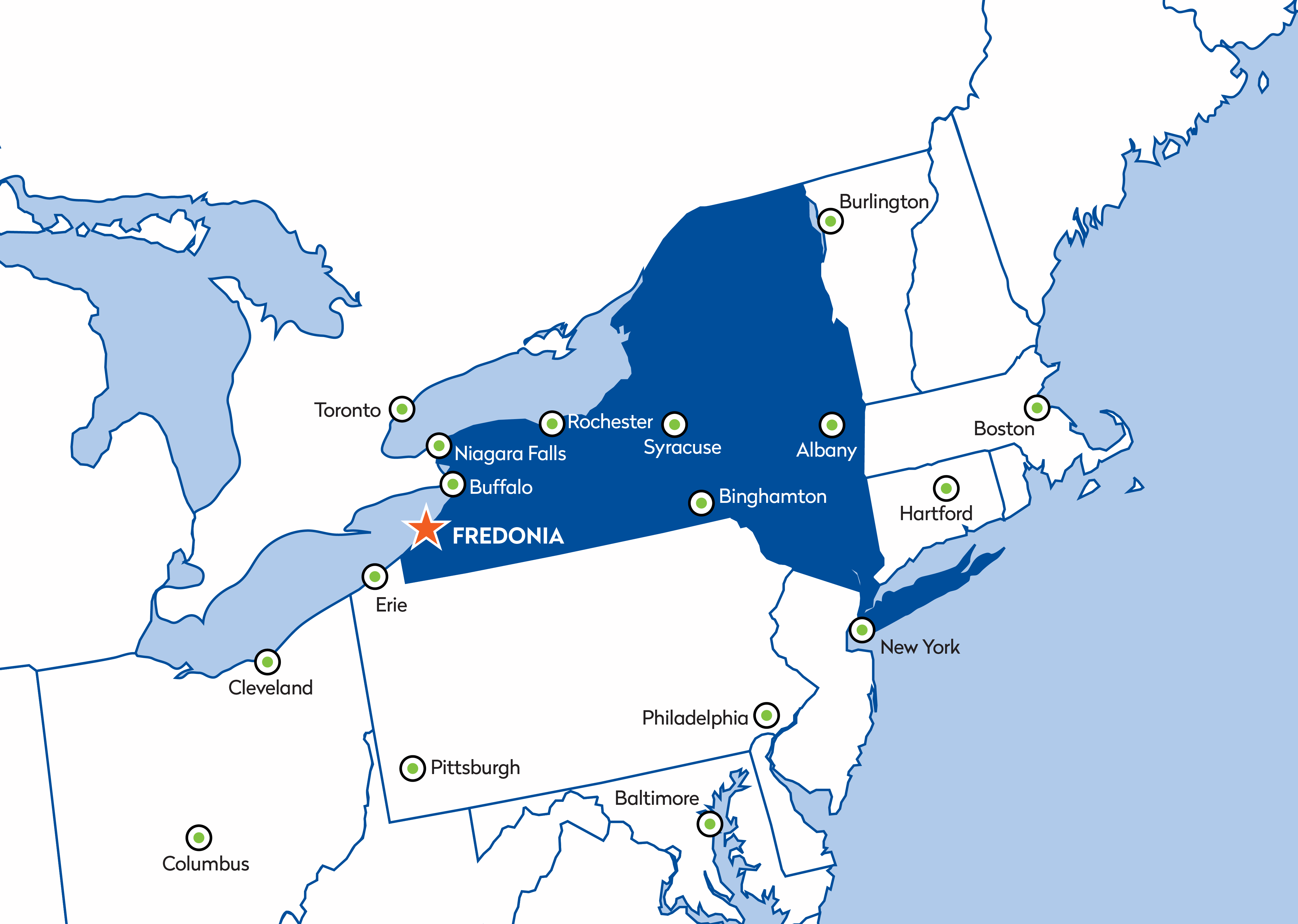 First-year students who are receiving the Good Neighbor Award are also considered for additional Academic index awards which can range from $1,500-3,000 depending on high school GPA and test scores.