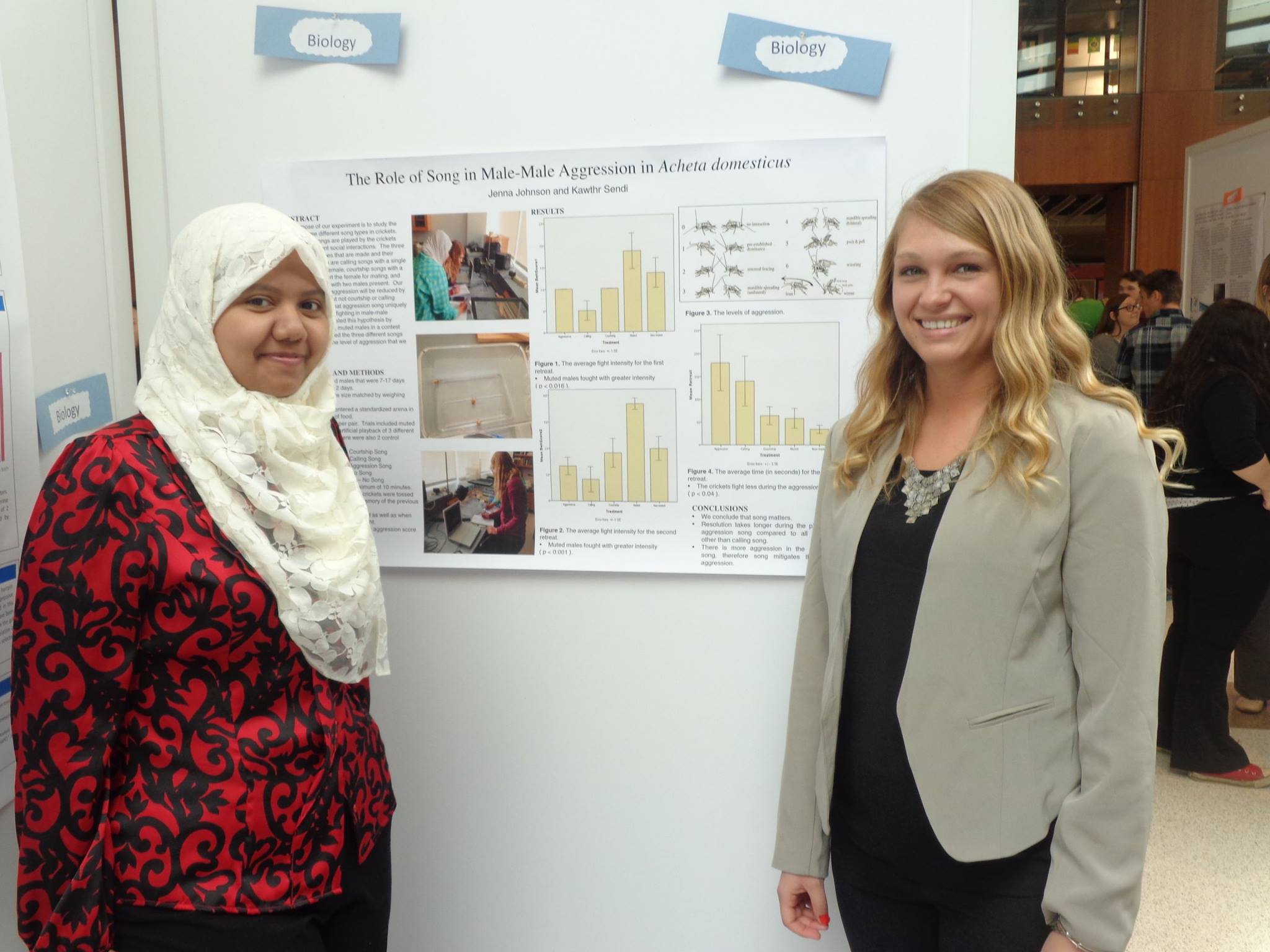 My research has helped me to gain inspiration and motivation to do my work and to co-operate with my classmates in order to succeed in my research. It helped me to move from being just a student to being a very active and proactive student. This was a starting point for me because even though I knew I had an interest in Biology, I started to see that I was particularly interested in some unique qualities of my specimens. Actually, it helped me to realize that I wanted to go beyond what was plainly available to what I could discover further. I would not have achieved all I have without the help of my advisor Dr. Brown, and my summer research fellowship from the Biology department and the Fredonia College Foundation.

As an international student, it is very hard to be in the class and learn all scientific information very quickly, especially because of language challenges. However, working in the lab assisted me to understand the information very easily rather than reading from book itself and I could achieve more than I could achieve alone. Taking part in experiments meant that I could do things for myself and make discoveries that I really wanted to make. Practical work motivated me by stimulating interest and creating enjoyment. It also helped me to sharpen my research skills and also to go make further discoveries. Working in lab was very helpful especially because it was easy to remember the things that I learnt. Also it involved exploring a practical task in several different ways which helps to broaden the mind. A research student also has the advantage of accessing important resources such as opportunities for funding and internship too. Thus, I encourage students to gain the benefit and be a part of summer research.

The purpose of my research is to address the relationship between the presence of three different types of cricket’s songs and the male-male aggression behaviors. These songs were artificially synthesized and played back during different social interactions. The cricket produces these songs especially by stridulation, which is rubbing one of body part against the other. These songs are: calling song, which is the loudest heard sound, and which helps to attract females, aggressive song which the cricket produces in the presence of another male, and courtship song which aims to lead to copulation. The hypothesis for the study is that when there is male-male fighting in the presence of three songs, there is a reduction in their aggressive behavior. It predicts that the male cricket would show more aggression when two males are placed together in the test arena while the aggression plays. The study measured the level of aggression of equal sized pair while the three different songs were played.