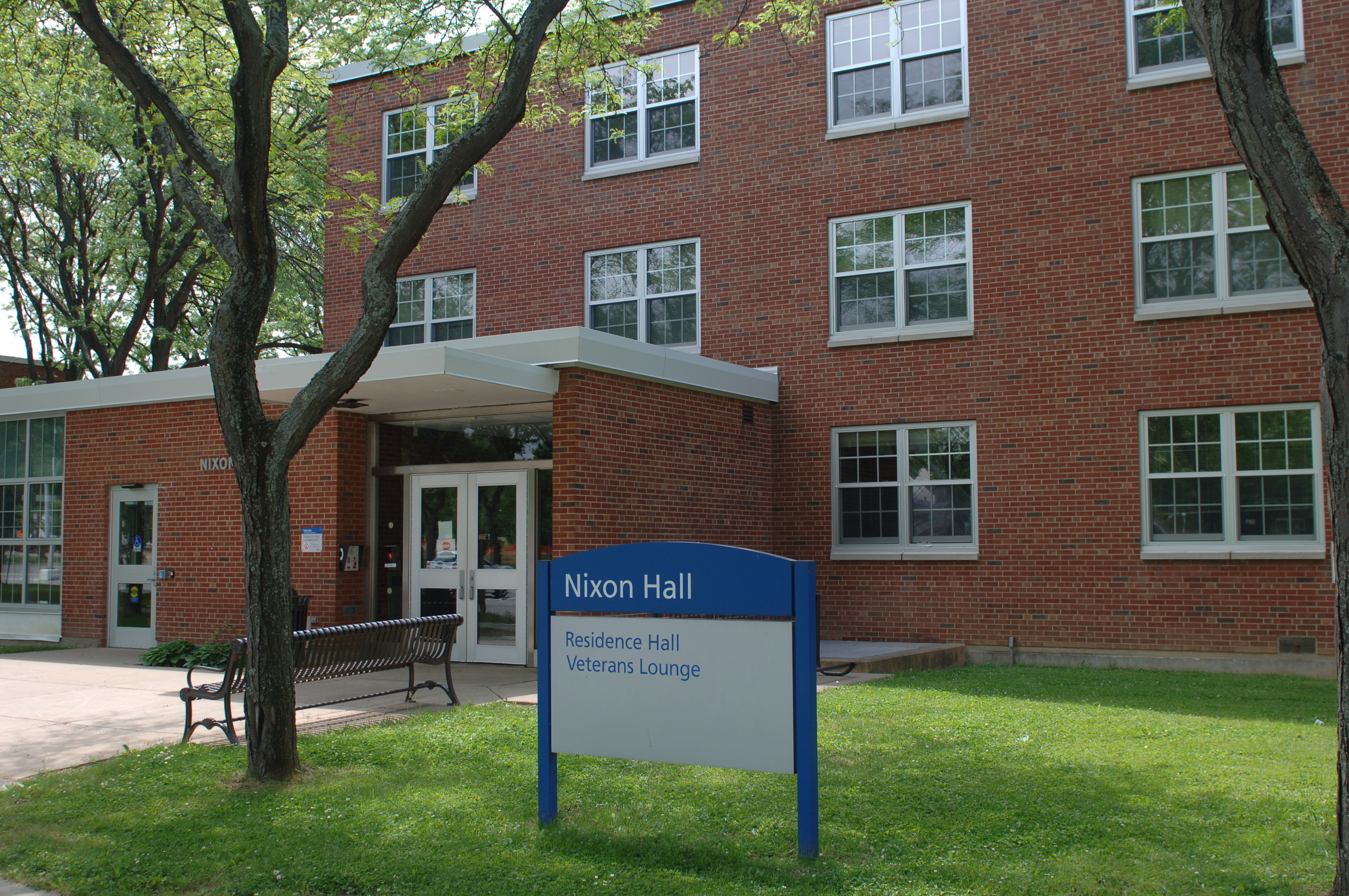 Named for Samuel Frederick Nixon, member of the Fredonia Council from 1932 to 1952, formerly President of the Chautauqua and Erie and Dunkirk and Fredonia telephone companies, member of the American Association of Museums, Vice President of the Genesee Historical Society, and Trsustee and President of the Chautauqua County Historical Society; Nixon Hall opened in 1963.  It is a first-year co-ed, corridor style residence hall.  It features four recreation rooms, a kitchenette and recreated room on the first floor, two laundry rooms, and a recently renovated lobby and bathrooms.  Nixon Hall is located across the street from the Reed Library.