Dunkirk, New York, native, SUNY Fredonia alumna (English, 1986), and New York Times–bestselling author Wendy Corsi Staub will return to campus November 9–13, 2017 for a series of free public events, including a craft talk, student workshop, master class, open office hours, a book-launch reception, and several book signings. Staub will be accompanied by her editor, Lucia Macro, an executive editor at HarperCollins. Their residency, organized by Writers @ Work: An Alumni Writers-in-Residence series, will coincide with the hardcover release of Staub’s Dead of Winter, the third installment of her Lily Dale mystery series.

Staub will be participating in several book signings on- and off-campus for both Dead of Winter and her Spring 2017 release in the Mundy’s Landing series, Bone White. In addition, she and Macro will offer a public talk on real and imagined WNY settings inspiring Staub’s fiction; a career workshop (for seniors of all disciplines); a master class (on working with an editor); and open office-hours, when SUNY Fredonia students can drop in for professional tips and a cup of coffee.

All events are free and open to the public. A schedule of events follows below: 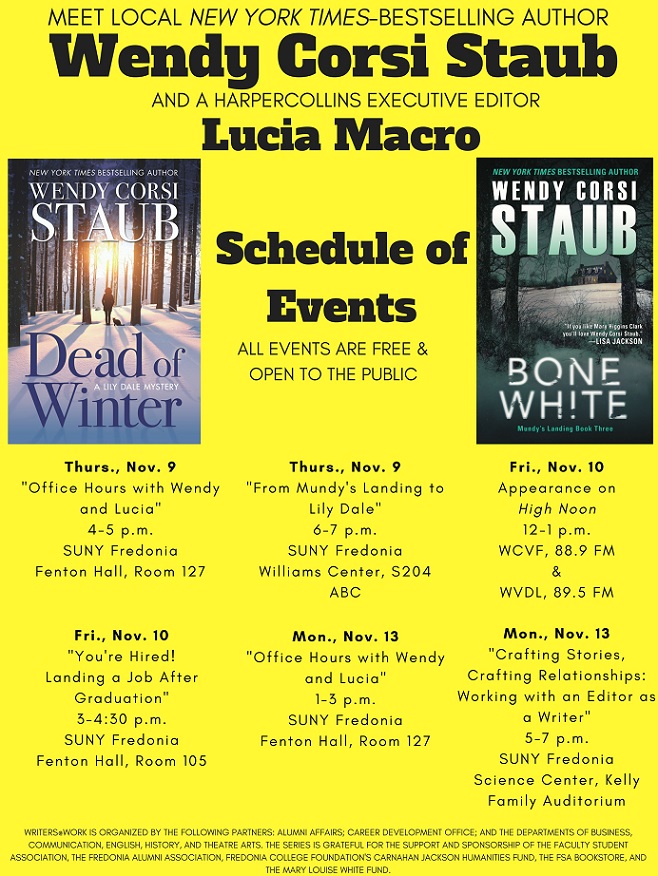 Staub and Macro will hold informal office hours for students. Students will be able to drop in for a cup of coffee and an opportunity to discuss their own writing (if submitted in advance), the publishing trade, working with an editor, and much more. 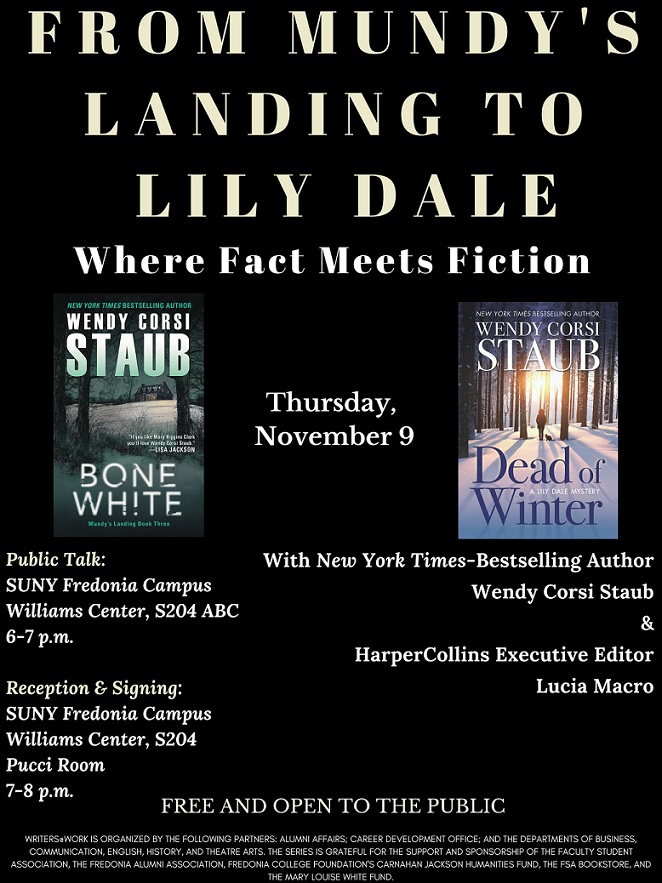 Staub and Macro will present a public talk about how real and fictional WNY locations have inspired Staub’s fiction. The talk will be followed by a book-launch reception and signing for Dead of Winter and Bone White. Professor Emeritus Malcolm Nelson will introduce Staub and Macro.

Macro and Staub will be interviewed on the SUNY Fredonia student radio station. 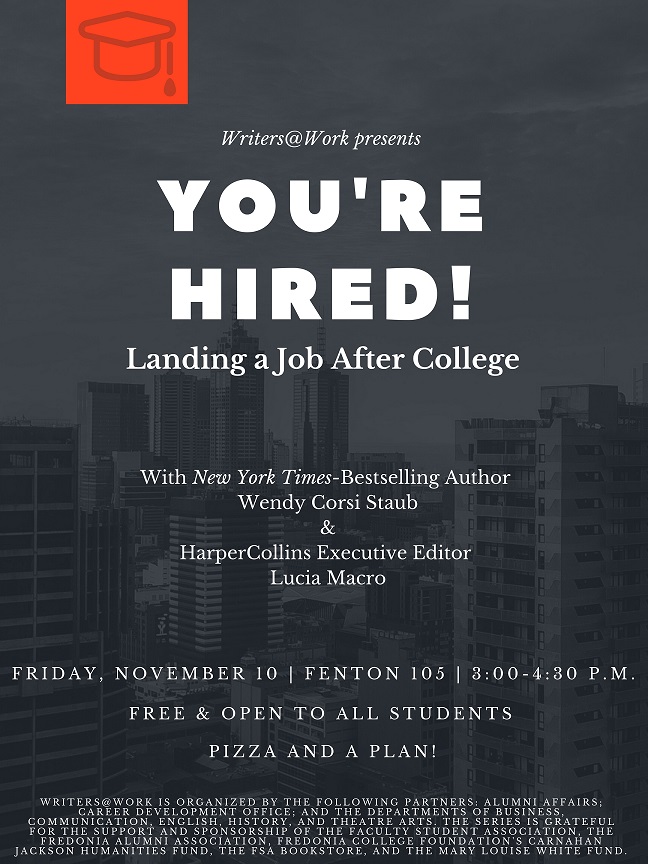 Staub and Macro will present a workshop focused on tips for avoiding common missteps, crafting documents, and evoking a professional image.

Staub and Macro will be among the featured speakers addressing accepted and prospective students and their parents during an Open House event sponsored by the Admissions office.

Staub will hold a book signing featuring her newly released novel, Dead of Winter, the third installment of her Lily Dale mystery series, and Bone White, the final title in her Mundy’s Landing trilogy.

Staub and Macro will hold informal office hours for students. Students will be able to drop in for a cup of coffee and for an opportunity to discuss the craft of writing and careers in either the creative world or corporate publishing world.

Staub and Macro will talk about their working relationship, how a manuscript becomes a finished book, and the difficulties and triumphs that inevitably happen along the way.